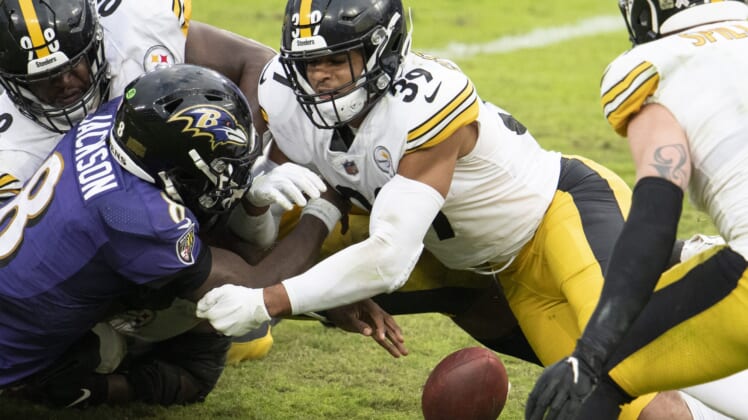 Following an outbreak of the virus within both organizations, the game was initially postponed from Thursday to Sunday. As more Ravens players tested positive for COVID-19, the game was pushed back until Tuesday.

We now have more information on this, and it promises to dramatically alter the NFL schedule moving forward on the season.

By virtue of the Ravens-Steelers game being pushed to Wednesday, the NFL is going to have a tripleheader on Monday night.

Washington will take on Pittsburgh at a yet-to-be-announced time while the Cowboys and Ravens will still do battle that night. Meanwhile, the originally-scheduled Bills-49ers game will take place Monday night in Arizona. Welcome to the NFL in 2020.

There’s certainly a lot of moving parts here. Another report from Mike Florio of Pro Football Talk notes that Ravens players held a Zoom meeting on Monday indicating that they did not want to play the following day.

For said players, the concern was over the COVID-19 outbreak within the organization and the safety of playing without further negative tests.

Now that this game is slated to be played on Wednesday, multiple games on the Week 13 schedule are now up in the air.

The Ravens were slated to take on the Dallas Cowboys Thursday. That has since been pushed back to Monday. At this point, it’s hard to imagine the Ravens being able to play that game as scheduled. It would give them four days off.

As for the Steelers, they are scheduled to take on the Washington Football Team on Sunday. Obviously, that game will now be pushed to either Monday or Tuesday.

As for the Ravens-Steelers game, Baltimore plans to fly to Pittsburgh Tuesday evening after another round of tests are conducted within the organization. That’s obviously dependent on the outcome of said tests and whether there’s a further outbreak of the COVID-19 virus.

Some will ask the obvious question. Why didn’t the NFL simply decide to move this Ravens-Steelers game to Week 18? The league is already worried about a post-Thanksgiving outbreak of the virus.

Adding a week between the originally scheduled season finales and the wildcard round of the playoffs seems to make the most sense.

As the virus continues to spread throughout the United States, there’s no reason to believe that the NFL, for a lack of a better word, is going to be immune from it.

This latest Ravens-Steelers news is the most-recent example. It certainly won’t be the last.