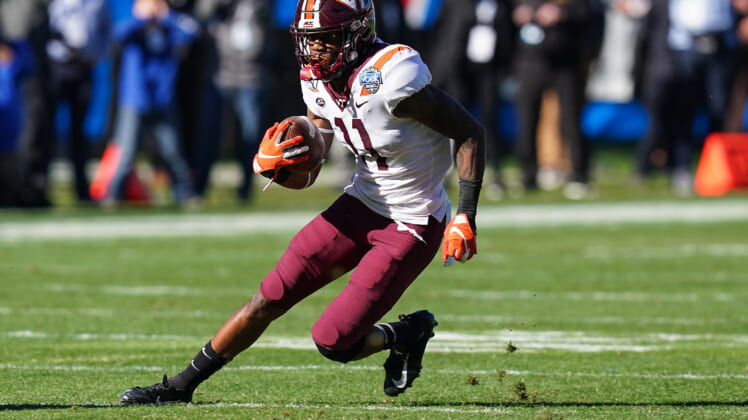 The Las Vegas Raiders are apparently the benefactor of another NFL team being uber cheap as the team reportedly signed undrafted free agent wide receiver Tre Turner after he had originally agreed to sign with the Minnesota Vikings.

According to Minnesota Vikings writer Chris Tomasson of the St. Paul Press, Turner opted for the Raiders’ offering $40,000 in guaranteed money compared to just $2,500 reportedly originally agreed to by Turner with the Vikings.

Turner, who figures to battle for a special teams or backup role in the NFL, had originally agreed to, and was announced as one of the Vikings UDFA signings Sunday night following the draft. Apparently, the former Hokie changed his mind when the Raiders offered him significantly more cash.

As a senior in Blacksburg, Turner had career-bests with 40 receptions and a team-leading 675 receiving yards with three touchdowns in 11 starts.