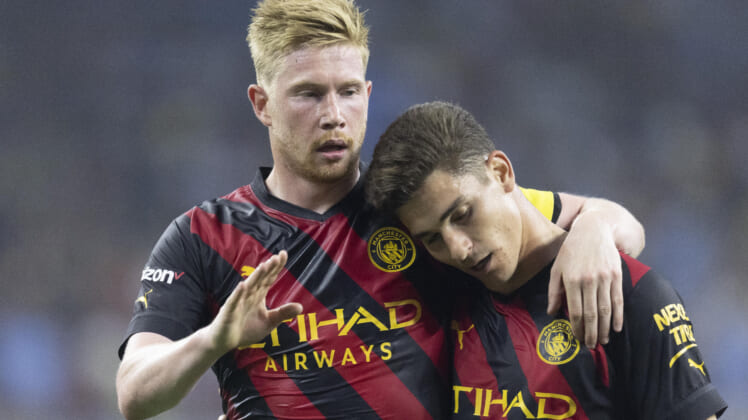 The Premier League is back on August 5th, as Arsenal and Crystal Palace square off to open the season. The slate is clean, and Arsenal has a chance to sit on top of the table for at least one day.

The winners of the biggest awards in 2022-2023 are a long way away from being decided but it can’t hurt to put out some far-too-early predictions on who will take them home. Let’s take a look at which players have the best chances of snagging the EPL’s top honor this season.

The Golden Boot is often the most talked about award throughout the Premier League Season. This is the award for the player that scores the most goals in the campaign. The award is often easy to predict, as a lot of the same faces tend to be at the top of the leaderboard every year. Last year, Son Heung-Min, of Tottenham shared the award with Mohamed Salah. Not a lot of people predicted that, but we tend to see the best strikers claim the award. This year, we should see more of the same names at the top.

Mohamed Salah needs to be considered here. He has won the award three out of the last four years, and after the departure of Sadio Mane, he only will have more chances to pot goals for Liverpool. The other person that has to be added is Erling Haaland. His eye-popping stats since becoming a professional have to be considered for the award, and he is the betting favorite to win the award before the season starts. 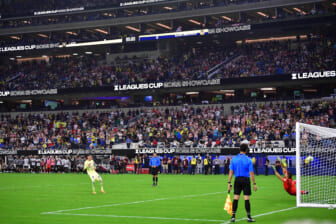 The other player I am going to mention in the top three is Luis Diaz. The Columbian Winger at Liverpool has maybe the fastest pace I have ever seen with the ball at his feet and can create chances from nothing on a regular basis. Sadio Mane is gone, leaving the door wide open for Diaz to carry the scoring load for Liverpool.

This could be the most lopsided award for the season if Erling Haaland continues to dominate world soccer the way that he has. He barely made the cut for this award, as you have to be under 21 on July 1st of the coming season. He turned 22, three weeks after that date. The Norwegian Striker has set the bar to an unseen level for someone his age, and if he doesn’t take home this award it would be very shocking.

The next person to mention is Bukayo Saka, who is a truly remarkable talent, but just happens to be young at the same time as Haaland. Saka scored 11 goals and added seven assists for Arsenal last year, and he was only 19 years old. The kid is barely old enough to drive and he led Arsenal in goals and assists last year. I believe Arsenal will make the Champions League this year, and a lot of it will come from Saka. 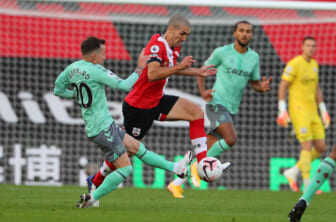 Another favorite is Jacob Ramsay from Aston Villa. Ramsay has taken steps forward every year that he is played in the Premier League, and will be a huge contributor to Steven Gerrard’s team this year. The skipper is in need of his team to finish in the top 10 this year, proving his worth as a coach. A huge piece of the puzzle will be getting Ramsay to take a bigger step forward this upcoming season.

Kevin De Bruyne favorite to win player of the year…again

The “MVP” award for the Premier League has been dominated by Manchester City over the last three years. Kevin De Bruyne took home two of the last three awards, with Ruben Dias claiming the one award sandwiched between De Bruyne’s.

This year may be a battle between Kevin De Bruyne and Erling Haaland. The former is the best player in the premier league, and can legitimately do everything on the soccer field. As a Liverpool fan, he is the most intimidating player in the league, and I dread every time the ball is at his feet. The latter, Haaland, is the biggest goal threat on the planet right now, is 22 years old, and is hungry to prove himself in the best soccer league on the planet. Pretty unfair that these two play together. 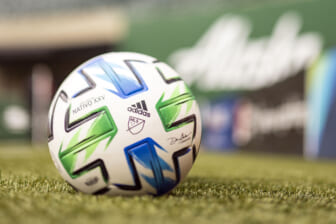 The final player I would add here is Mohamed Salah. He probably should have won the award at this point, but alas, the Egyptian winger has always fallen short. If Liverpool wins the league this season, and Salah takes home the golden boot, they will need to give it to him. Egypt also did not qualify for the World Cup, so if you’re interested in making some money, Salah might be the best bet.