Before jumping into our soccer games today run down, take a look at the Premier League standings for the most recent season of the legendary English football confederation.

When did Premier League start?

What we currently know as the English Premier League began in August of 1992. For such an esteemed soccer association you would imagine it would be decades older than that. It actually is, but for much of its history, the EPL was known as the Football League First Division. That league originally started in 1888.

The top soccer league in England getting a rebrand was a decision made to try and maximize the money-making potential in the rich history of English football.

How many teams are in the Premier League Table?

There are 20 teams that compete in England’s best soccer association. Many of them are some of the most well-known clubs in the world due to the fact that some of the best from the EPL has gone on to play for the ultimate title in the Champion’s League. 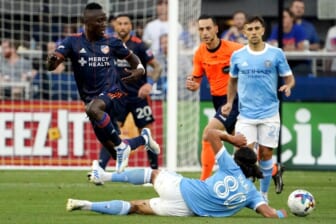 How many games are left in the 2022 English Premier League season?

The 2022 Premier League season came to a close on Sunday, May 22. In the EPL, each team plays one home and away game against every squad in the league. This past season began last summer and was played through all sorts of weather elements until it ended in the spring of this year.

The next EPL season is scheduled to being on August 6.

Who had the best record in the 2022 Premier League Table?

When the EPL season came to a close in May, the team that stood above the rest with a 29-6-3 record and 93 points was Manchester City. Man City just barely beat out Liverpool and their 92 points by a single win in the 2022 Premier League Table.

Unlike other leagues that have a playoff battle between many of the best teams in a given season, the EPL has a more old-school format where sides battle it out on the pitch throughout the season, and the team with the most points at the end is the champion.

Who won the Premier League championship in 2022?

After 38 matches and a season that stretched out from August of 2021 to May of this year, Manchester City won their sixth EPL title with 93 points. The 2022 title was their third straight, fifth in the last six seasons, and the latest instance of their continued dominance over the top side in English soccer.

While Manchester City has been the most dominant force in the current era of English Premier League football, they still trail their in-city rival Manchester United for overall titles. Man U currently owns a whopping 13 EPL titles. You can get a run down of all the previous Premier League champions below. 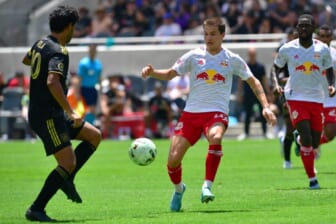