On the Patriots side, a win would earn quarterback Tom Brady his sixth Super Bowl ring. As for the Eagles, they are making their first Super Bowl appearance since playing in the title game in Feb. of 2005. Coincidentally enough, it was the Patriots that beat Philadelphia in that game.

Now, the Eagles must rely on quarterback Nick Foles to continue with his amazing postseason success. Will Philly pull off one more underdog win? Or will the Patriots — with their years of postseason experience — manage another victory?

Soon enough this story will play out. In the meantime, here are our stud and dud predictions for Super Bowl LII.

With everything on the line, we expect quarterback Nick Foles to lean on his trusty tight end whom he targeted 13 times total during both playoff games. Most recently, Ertz caught all eight of his targets in the NFC Championship Game against a tough Vikings passing defense. This is why we predict a guy of Ertz’s stature to be challenging match for New England. Coincidentally enough, the last receiving touchdown the Patriots gave up was to a tight end — Marcedes Lewis of the Jacksonville Jaguars.

Lewis was quite the dynamo for the Patriots during the latter part of 2017, scoring seven combined touchdowns between Weeks 10-17. Though, Lewis’ touches have since tapered off during the postseason and he failed to even score. Instead of more Lewis, we expect quarterback Tom Brady to keep playing old school and to continue hurling the rock on game day. Also keep in mind Philly’s run defense gave up only seven rushing touchdowns in all of 2017. Their front seven will challenge Lewis. 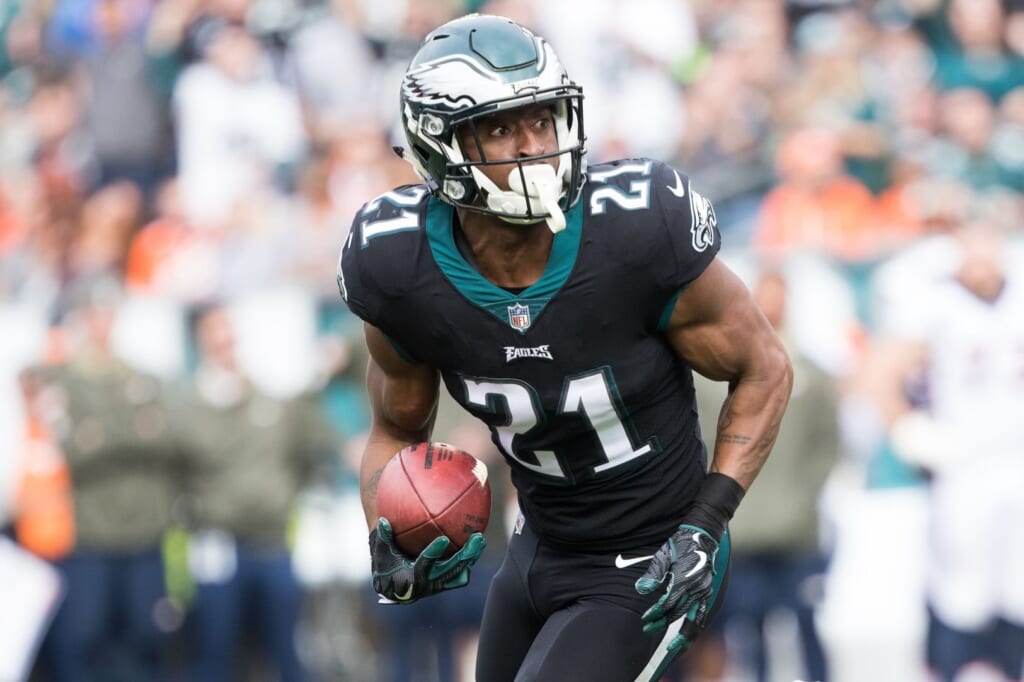 Robinson had a stellar season as a member of the Eagles in 2017. He managed four interceptions, defended 18 passes and tallied 45 combined tackles. Robinson also gathered another interception which he returned for a 50-yard touchdown against the Minnesota Vikings in the NFC Championship game. It might be a bit bold, but Robinson should give the Patriots fits in coverage. This might be the case in particular for Brady attempting to connect with his favorite target as of late, Danny Amendola. Positioned appropriately, Robinson can play a big role in forcing Brady to work outside of his comfort zone.

The Patriots allowed a generous 4.7 yards per carry in 2017, which would typically cater to Ajayi’s speed and agility. But in the AFC Championship game, the Patriots tightened up and Jacksonville Jaguars running back Leonard Fournette managed only 3.2 yards per attempt. This is why we envision Ajayi not exactly finding room to roam. Plus, this Super Bowl game is one that is not likely going to get out of hand. We don’t expect the Eagles to completely dominate and chew up the clock on rushing plays. The LeGarrette Blount factor will also keep Ajayi’s production tamed.

Barring any major setback, the Patriots should have Gronkowski (concussion) on hand for the biggest game of the year. Big being the key word, Brady should take aim at his giant red zone target frequently and exhaust the Eagles defenders covering him. We already predicted that Amendola might struggle against this coverage. But, the Eagles shutting Gronk down will be a different story. The Eagles also allowed Minnesota Vikings tight end Kyle Rudolph to score in the NFC Championship Game.

The Eagles receiver most likely to drop the ball, so to speak, could easily be Smith on Sunday. He had drop in the NFC Championship game and led the team in drops in 2017 with four. If Smith doesn’t commit a drop, then he may just miss altogether. He managed a catch rate of only 53.7 percent last season. Taking into account nerves and Smith’s fellow receivers, the veteran wideout might have one of his quieter games. 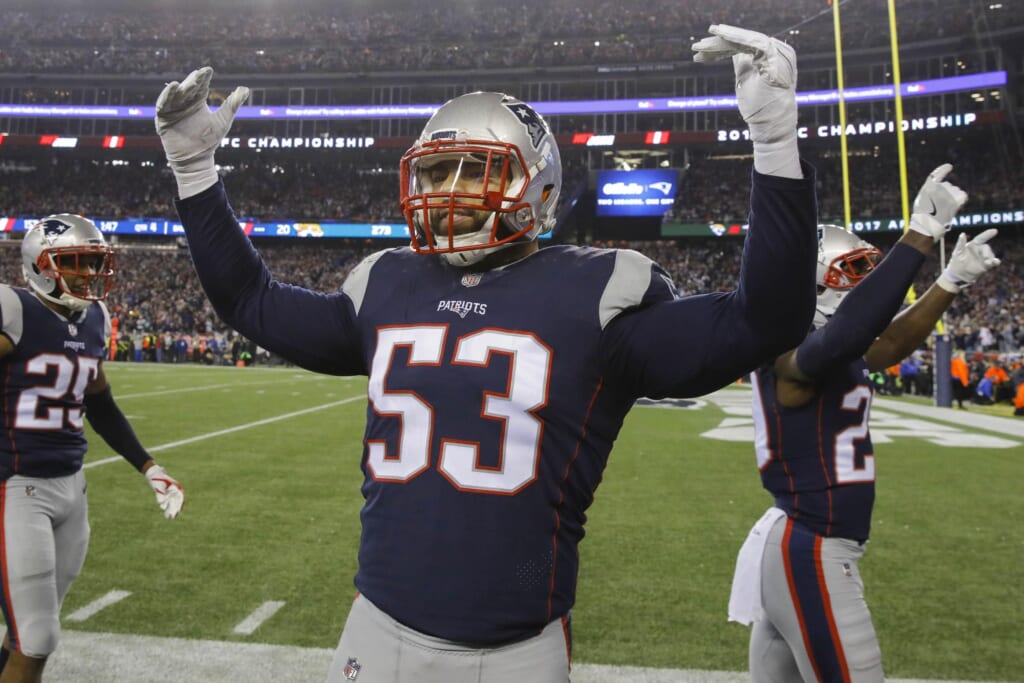 Van Noy thrived in his first complete season with New England. He registered a career-best 5.5 sacks and 73 combined tackles. The outside linebacker was also a force when he last played in the AFC Championship Game. He tallied a team-high nine tackles, defended one pass, forced a fumble and registered a sack. The Patriots will need Van Noy to have another stellar performance when he meets Foles and Co.

We might have expected Hogan to receive more looks once Gronkowski departed the AFC Championship Game. But, he did not. Hogan was targeted just four times and caught two balls for a total of 20 yards in that game. With Brady focusing more on throwing to his running backs as well as Amendola, Gronk and Brandin Cooks, Hogan is often the odd man out. There is not enough evidence to suggest that suddenly Hogan becomes the X-factor that the Eagles have to be concerned about.

Blount is in a unique situation which pits him up against his former team that won the Super Bowl last year. But, that is water under the bridge. Instead, Blount should know his former club’s weaknesses and is in prime position to exploit them. He is bulldozer in the red zone, and it would not be shocking to see him score once or possibly twice just to prove he can.

This former Eagle is going to have his hands full covering wideout Nelson Agholor in the slot. Agholor is ridiculously fast and he easily turned just three catches into 59 yards against the Minnesota Vikings in his last game. This is a guy that has 72-yard and 58-yard catch and run touchdowns on record for 2017. Rowe will lose this battle if Agholor heats up early.