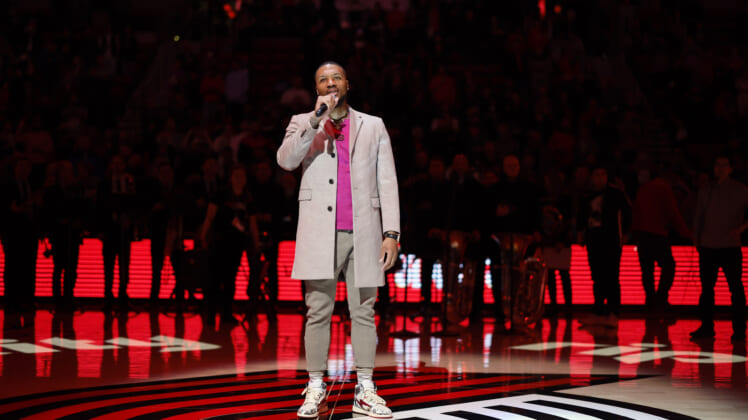 The Portland Trail Blazers entered the offseason with questions about the future of All-Star point guard Damian Lillard. There is now even more uncertainty surrounding the franchise with a potential change of ownership and a huge sale.

The Trail Blazers are owned by the Paul G. Allen Trust, run by chairwoman Jody Allen. Paul Allen bought the franchise for $70 million in 1988, overseeing its growth into becoming one of the most successful and stable NBA teams in recent years. Following his death in 2018, Jody took over the franchise.

Portland’s John Canzano reported that the Paul G. Allen Trust instructs his assets, including the Seahawks and Trail Blazers, to be sold as part of his will. While there is uncertainty regarding whether or not the Seahawks will be sold, the same can’t be said regarding Portland’s NBA team. 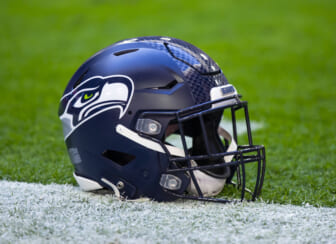 Let’s examine the future of the Portland Trail Blazers, the potential cost to buy the team and potential candidates to take over as owner.

Will the Portland Trail Blazers be sold?

Initial reports suggested the Trail Blazers would be sold within 18 months, sparking interest from billionaires with an interest in having a piece of the NBA. There is still some uncertainty about an exact timeline for a potential sale, but a deal is going to happen.

When asked before the NBA Finals about the Trail Blazers’ future, commissioner Adam Silver made it clear it’s a matter of when and not if a sale happens. This came after the head of the NBA likely had conversations with members of the Paul G. Allen Trust, confirming the Trail Blazers will be for sale.

While there is a process before any of this happens, things can accelerate quickly once the wheels are in motion. The Trail Blazers will meet with bankers and financial advisors to discuss the steps needed to sell the team. After that, potential candidates will be vetted before any official bids are submitted.

The entire sequence will take months to happen, so a sale isn’t imminent. However, there is already interest in the Trail Blazers with a $2 billion proposal seemingly on the table. It will likely be just the first of many offers to come as owning a professional American sports franchise is a luxury investment for billionaires looking to get involved in a sport that generates massive revenue.

We’ve seen three NBA teams sold for at least $2 billion in recent years. Former Microsoft CEO Steve Ballmer purchased the Los Angeles Clippers for $2 billion in 2014. A few years later, billionaire Tilman Fertitta bought the Houston Rockets for $2.2 billion in 2017. Currently, the highest price ever paid for an NBA team came in 2019 when Joe Tsai landed the Brooklyn Nets and the rights to the Barclays Center from Mikhail Prokhorov for $3.4 billion. 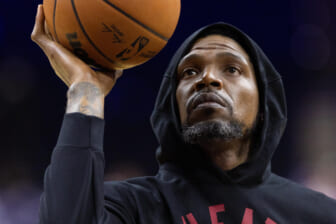 Also Read:
Who is the oldest NBA player? (All-time and active)

Forbes evaluated NBA franchise values before the 2021-’22 NBA season, with the Trail Blazers ranked 13th behind the Philadelphia 76ers ($2.45 billion) and Miami Heat ($2.3 billion). All of this came before the NBA projected to make $10 billion in revenue this year.

One important thing to keep in mind, the revenue estimates by the league came with uncertainty for the television ratings. As the NBA playoffs have shown, interest in the NBA remains high with many of this year’s playoff games generating massive ratings. It’s only going to help the league’s push negotiating upcoming TV contracts. 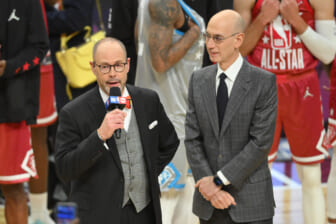 A share of that revenue alone makes the Trail Blazers a valuable franchise. There are other factors also at play. Portland boasts the 21st largest media market in the Nielsen DMA rankings. Another compelling factor, as oregonlive.com covered, income in Oregon is rising.

While the Trail Blazers won’t approach the upcoming Denver Broncos sale – likely near $5 billion – the current environment of rising revenue for the NBA and the secondary circumstances suggest the final purchase price for Portland’s NBA team could eclipse the $2.2 billion Fertitta paid for the Rockets.

When the Portland Trail Blazers are put up for sale, fans shouldn’t worry about relocation. While Las Vegas and Seattle want NBA teams, it’s evident they are future targets for the league when it expands. Keeping that in mind, here’s a quick look at a few potential candidates who could buy the Trail Blazers.

The Nike co-founder is already making a push to buy the Trail Blazers, even if they aren’t available yet. He’d instantly become one of the richest owners in professional sports, providing Portland’s franchise with the level of support and financial resources they have lacked. Partnered with Dodgers’ co-owner Alan Smolinsky, this is likely the NBA”s preference and Knight should be viewed as the favorite.

Thinking a bit outside the box, Dutch Bros. co-founder Travis Boersma could be another potential candidate who offers ties to Oregon. The Grants Pass native isn’t involved in major sports, but he has been involved with horse racing and soccer. Acquiring a large stake in Oregon’s NBA team could be a way for him to expand his portfolio with sports, though he would need other investors.

If an NBA team becomes available, it’s a safe bet business magnate Larry Ellison will be interested. Ellison lives in Laiani’i Hawauum but owning a team right along the West Coast could certainly intrigue the billionaire. He’d have the financial resources to compete with Knight, too.

The ex-wife of Jeff Bezos, MacKenzie Scott has spent recent years focused on helping others through philanthropy. She would offer the NBA an opportunity to bring a newer presence into the ownership ranks, joining Gayle Benson as two of the league’s women majority team owners.

The widow of Steve Jobs, there are reports that Laurene could be interested in the Trail Blazers when they become available. She already has a piece in the NBA, with a minority stake in the Washington Wizards. Given her ties to Apple and Disney, she could also offer valuable connections for the NBA as it looks to expand into streaming games with non-TV partners.