POLL: 52 percent of fans say MLB should strip Astros of 2017 title if guilty of electronic sign-stealing 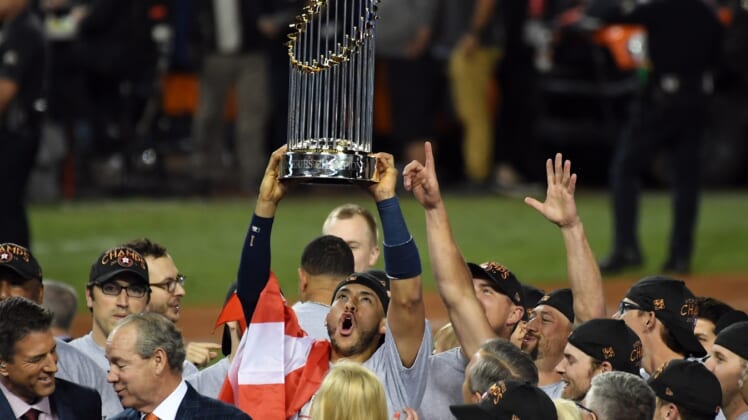 As MLB continues its investigation into allegations of sign-stealing by the Houston Astros during their 2017 championship run and in the ’18 and ’19 seasons, many fans believe the penalties should be significant if the team is found guilty.

According to a recent poll conducted by Seton Hall University, 52 percent of people said MLB should strip the Astros of their championship if the investigation determines the team stole signs.

No U.S. professional sports team has ever been stripped of its championship, though, it has occurred at the collegiate level in basketball, football and other sports.

It’s unlikely MLB will strip the World Series championship away from the Astros. However, the league could hand down lengthy suspensions for those involved with the sign-stealing, fine the organization and take away multiple top draft picks in future years.

While MLB’s investigation currently centers on the Astros’ alleged sign-stealing, the league could eventually expand to look at other teams. According to the survey, 69 percent of those polled felt other teams engaged in electronic sign-stealing.