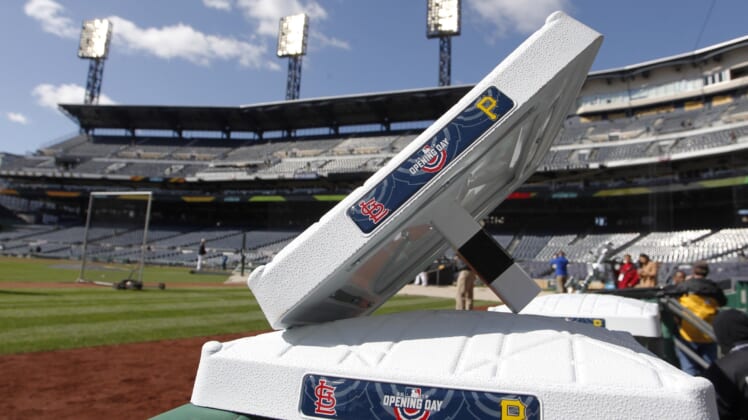 Major League Baseball might very well still be played at some point this year, but it’s not looking great right now. Earlier this week, the league voted against a MLBPA proposal that included a 114-game season with salary cuts amid the ongoing pandemic.

This comes after the league itself sent a proposal to the union calling for a dramatically shortened schedule. At issue here is a split as it relates to prorated salaries and further cuts. The players’ union has now responded in kind. It’s not great.

“We want to play. We always have,” said Cardinals pitcher Andrew Miller, a member of the MLBPA’s eight-man executive subcommittee, via The Athletic. “We also won’t lose sight of our principles and rights. Players are engaged like I’ve never seen before. Every day through this each of those factors is reinforced. We hope to be on the field as soon as possible.”

It’s rather clear that the union is united on this front, as evidenced by this comment from an unnamed player agent. It has also led to distrust between the two sides.

“If they want to unilaterally impose this bastard season, then so be it,” the agent said. “And that will be what’s expected. By doing that, they are galvanizing the union. The problem here is distrust. If this was a marriage, it would be a divorce. The union has been attacked. The players don’t like it.”

The original plan was to have an 82-game season start at some point early in July. Games would be played in home stadiums without fans in attendance. Since, Major League Baseball has cried poor by indicating it would lose billions in revenue. As such, the league is demanding further cuts in player salaries.

This has not been met well with multiple big-name and high-paid players calling the league out publicly. That includes former NL MVP Bryce Harper.

At this point, an agreement will have to be finalized within the next week for Spring Training 2.0 to start later this month and Opening Day to take place some time in early July. Right now, it’s not looking too good.