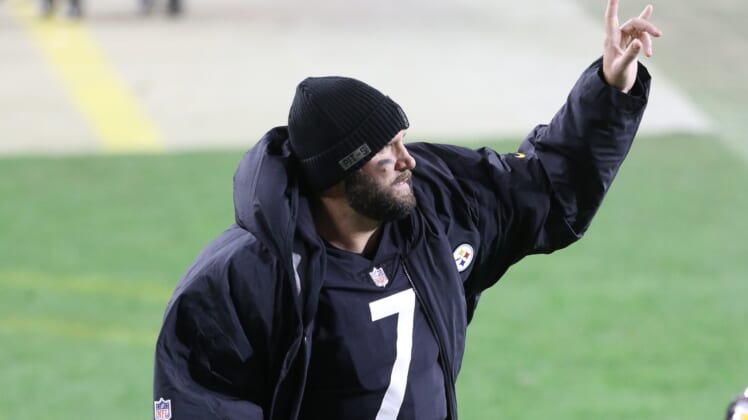 Pittsburgh Steelers rumors: The Pittsburgh Steelers are back as Super Bowl contenders behind an elite defense, but things aren’t all perfect for the Black and Gold. Entering the stretch drive, there are now concerns about Ben Roethlisberger.

While the Steelers have exceeded expectations this season, the organization also realizes it is in a win-now window. The 2020 season might be their best shot at winning a Lombardi Trophy, with difficult decisions ahead in the offseason.

Let’s dive into the latest Pittsburgh Steelers rumors from the 2020 season and early buzz for the 2021 offseason.

When Ben Roethlisberger went down in Week 9 with a knee injury and went into the locker room, fans feared what the diagnosis would be for the 38-year-old quarterback. Fortunately, he returned to action and hasn’t missed a game since.

Coming off a grueling Week 13 loss to the Washington Football Team, at a time when all should still be well in Pittsburgh, the organization is dealing with renewed concerns regarding Roethlisberger’s health.

According to CBS Sports’ Jason La Canfora, Roethlisberger’s knee injury has become a source of greater concern for the team. He is dealing with more discomfort in the knee, but Pittsburgh has relied on him more than ever in recent weeks.

Over the past month, Roethlisberger has 46-plus pass attempts in each of his four games. The Steelers have thrown even more in their most two recent matchups, with the 38-year-old throwing the ball 104 total times.

Once a staple of the offense, the Steelers have largely abandoned the running game. They are averaging the sixth-worst yards per rush (3.2), third-fewest rushing yards (65) and second-fewest carries (20.3) in their last three games.

Recognizing their quarterback needs to ease things back, Roethlisberger received more rest in practice this week. With that said, the organization is still monitoring his injury and there is concern that it could last deeper into the season.

This should serve as a reminder for Pittsburgh’s front office that it’s time for them to find a successor to Roethlisberger. If they waste additional years whiffing on quarterback prospects, the Steelers’ window for Super Bowl contention will close quickly.