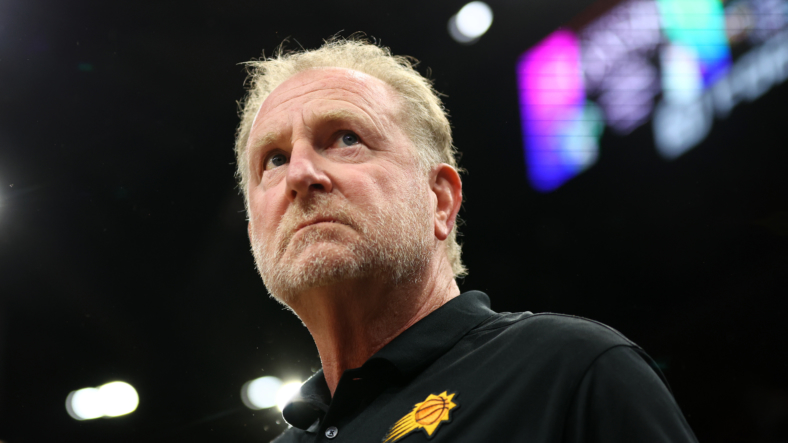 The Robert Sarver era of ownership in the Phoenix Suns will soon be coming to a close after he announced on Wednesday his plans to sell off his majority stake in the team.

Sarver has been the biggest story in the NBA over the last few weeks. After an ESPN expose revealed numerous allegations of some abhorrent workplace misconduct, the league began an investigation into the reports. Following their months-long inquiry, that ended in September, the NBA handed Sarver a year ban and fined him $10 million.

However, based on the ESPN report and the investigation’s findings, many were not satisfied with the NBA’s punishment, including Los Angeles Lakers superstar Lebron James and team sponsor Pay Pal. It has led to a great deal of pressure on Sarver from in and outside the organization. And it looks like the widespread public dissatisfaction with Sarver remaining the majority owner has had its intended effect and he announced on Wednesday he will sell his stake in the Suns and WNBA franchise the Phoenix Mercury.

Who could be in play to buy Robert Sarver’s stake in the Phoenix Suns?

A sports franchise is an extremely valuable commodity and this rare opportunity is sure to bring out various wealthy individuals that are interested. Earlier this year, Forbes valued the Suns at $1.8 billion. Surely not the same value as an NFL franchise or big city organization’s like the Lakers and Knicks, but still a massive amount not many can afford. So who are the best candidates to jump into the Suns and Mercury ownership sweepstakes?

One top option could be a consortium led by minority owner Jahm Najafi. Following the punishment from the NBA, Najafi was one of the individuals from inside the organization that pushed for Sarver to sell ownership in the two sports franchises. Another name to possibly keep in mind is Los Angeles Dodgers part-owner Todd Boehly. He and his group earned the winning bid to land famous English Premier League Club Chelsea FC. He could view owning an NBA squad as a nice addition to his portfolio.

One final possibility is billionaire Jay Bloom. While he and the group he leads have made a strong push in recent years to bring an NBA expansion team to Las Vegas, there is the chance he could decide that purchasing an established team with a good roster, like the Suns, would be a more worthwhile effort than attempting to get the NBA to expand by one more team.