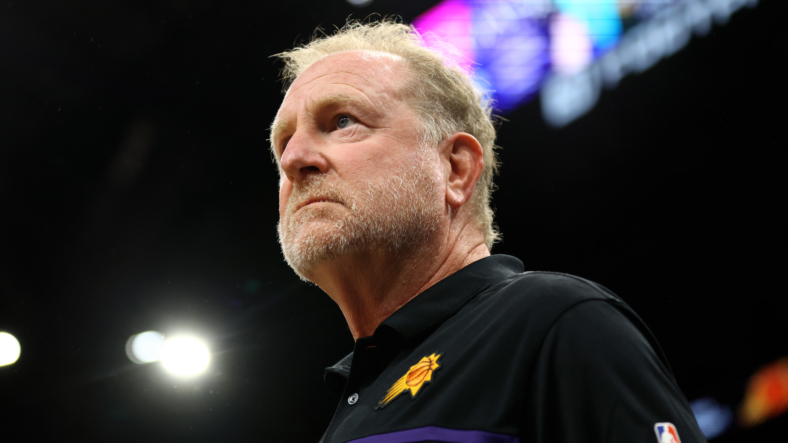 Days after the NBA fined and suspended Phoenix Suns owner Robert Sarver for racist and misogynistic remarks, PayPal announced it will end its sponsorship with the team if the Suns’ owner returns after his year-long suspension.

The NBA launched an investigation into Sarver in 2021 after numerous former team employees came forward detailing allegations of workplace abuse during his tenure as managing partner. The league spoke to 320 current and former employees before releasing its findings this week.

On Tuesday, the NBA announced the findings of its investigation. The league determined Sarverused the N-word at least five times, made inappropriate sexual comments on the physical appearance of female employees and committed inappropriate physical conduct toward men. Ultimately, Sarver was found to have “engaged in conduct that clearly violated common workplace standards, as reflected in team and league rules and policies.”

Already facing pressure from players, there is now a growing push from executives and league partners for Sarver to be removed. NBA commissioner Adam Silver responded to the criticisms this week and defended the decision not to pursue the legal route of forcing Sarver to sell the team.

On Thursday, Suns’ vice chairman Jahm Najafi called for Sarver’s resignation in an open letter to the organization released publicly. Already facing pressure from inside the organization, one of the Suns’ and NBA’s top sponsors is now also pushing for a change.

Impact of PayPal threatening to pull sponsorship from Phoenix Suns

On Friday, PayPal CEO and president Dan Schulman released a statement announcing the company will not renew its sponsorship with the Suns if Sarver returns after his year-long suspension.

According to ESPN, the current deal between the Suns and PayPal is worth $3 million per year. While it could be viewed as a small piece of the annual revenue from the franchise, losing PayPal’s support would likely encourage other sponsors to back away.

The NBA’s biggest priority is its business and the possibility of losing sponsors and the support of advertisers all from Sarver remaining in control of the Phoenix Suns is a massive price to pay. While the legal battle of forcing Sarver to sell his franchise would be costly, Silver and NBA owners might view that as a cost worth paying to avoid damage to the league’s reputation and long-term financial interests.

If Sarver is forced to sell the team before his suspension ends, the franchise will likely go for at least $2 billion with numerous suitors interested.