The Philadelphia 76ers have suspended All-Star point guard one game for “detrimental conduct” to the team, ruling him out for the season opener against the New Orleans Pelicans.

After demanding a trade this summer and holding out for most of training camp, Simmons and the 76ers started working towards a resolution this past week. Realizing he could lose out on his entire salary, after the team already withheld $8.25 million from him, the star guard suddenly showed up for practice.

Doc Rivers, whose relationship with Simmons has deteriorated, told reporters Sunday that the 76ers’ point guard isn’t in shape to play. Now, per ESPN’s Malika Andrews, the organization is suspending Simmons for one game.

According to ESPN’s Adrian Wojnarowski, Simmons was thrown out of practice by Rivers on Tuesday. The ejection and suspension came after days of the 25-year-old’s reluctance to physically and mentally engage with the 76ers’ coaching staff. 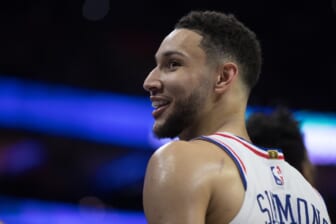 While Philadelphia might have hoped Simmons returning to the team would have brought an end to some of the drama, it’s clear this relationship will be ending soon. The 76ers have wanted to keep Simmons, hoping another star becomes available for a trade, but the situation might force a difficult decision in the coming weeks.