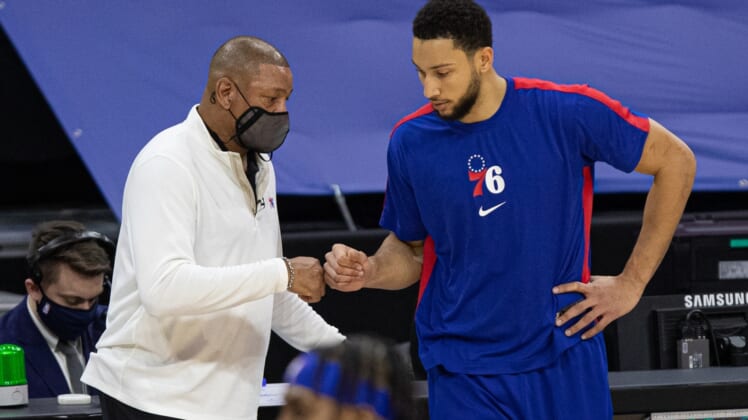 Coach Doc Rivers said the 25-year-old All-Star is in “decent shape” but might not be ready to play in Wednesday’s regular-season opener in New Orleans.

Simmons reported to the team on Oct. 11 after an acrimonious offseason that included a trade demand. He missed all four of Philadelphia’s preseason contests. 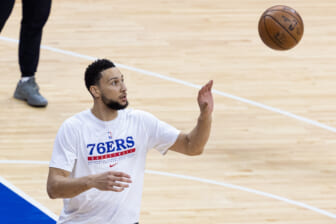 “Right now, I’m just trying to get him back comfortable and integrated,” Rivers said when asked about Simmons’ availability this week. “I’m not even thinking about that. That’ll come at some point. There’s no game plan there, I’ll tell you that. When he’s ready, he’ll play.”

Simmons did not speak to the media after practice.

The three-time All-Star averaged 14.3 points, 6.9 assists and 7.2 rebounds in 58 games last season. He averaged just 11.9 points in the playoffs while shooting a dismal 34.2 percent from the free-throw line.