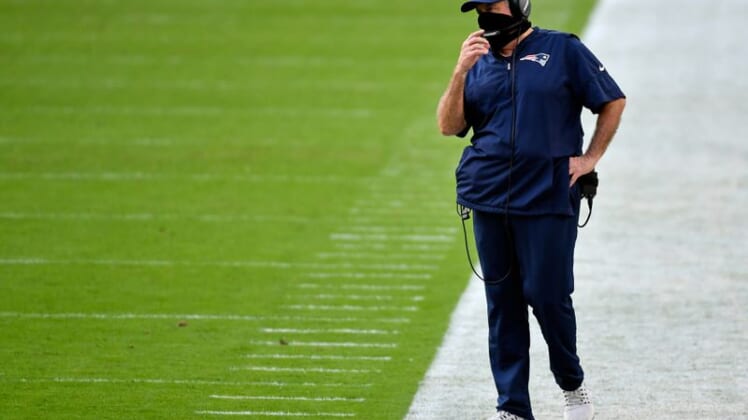 The New England Patriots will miss the playoffs for the first time since 2008.

The Patriots were eliminated from postseason contention Sunday after losing 22-12 at the Miami Dolphins. The defeat dropped the Patriots’ record to 6-8, meaning that the franchise will finish at .500 or worse for the first time since the 2000 season, coach Bill Belichick’s first with the team.

Tom Brady, who led the Patriots’ dynasty before he left during the offseason to join the Tampa Bay Buccaneers, was diplomatic when asked about the end of New England’s long playoff run.

“As far as the Patriots, they have their own thing going,” Brady said. “I’ve really been focused on how my play needs to be at quarterback (and) the execution I need. They’re not really an opponent of mine.

“Obviously, I have a lot of friends there, a lot of great relationships, but they’ve been focused on what they need to do and I’ve been trying to focus on what my job is.”

New England’s loss came one day after the Buffalo Bills clinched the AFC East for the first time since 1995.