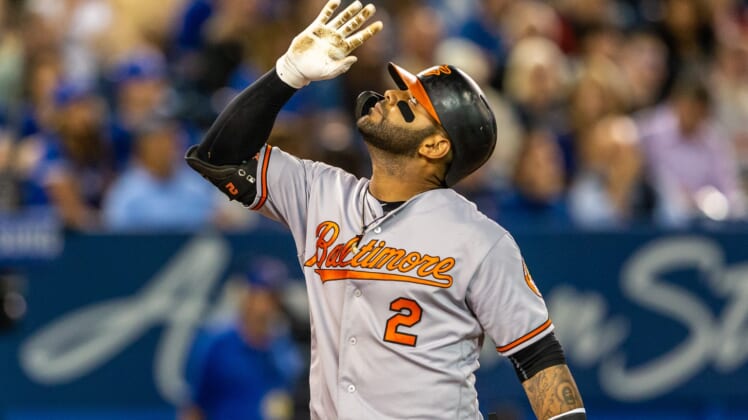 The Baltimore Orioles reportedly placed infielder Jonathan Villar on outright waivers after being unable to find a deal for him.

According to MASNsports.com’s Roch Kubatko, Baltimore unsuccessfully tried to trade Villar before MLB’s deadline to tender deals to arbitration-eligible players.

Villar, who was expected to make more than $10 million in his final season of arbitration, could draw significant interest across the league.

He can play both middle infield positions and has consistently shown productive power to go along with his outstanding speed on the bases.

While the rebuilding Orioles are clearly looking to cut costs, Villar’s abilities should be worth the price for contenders.