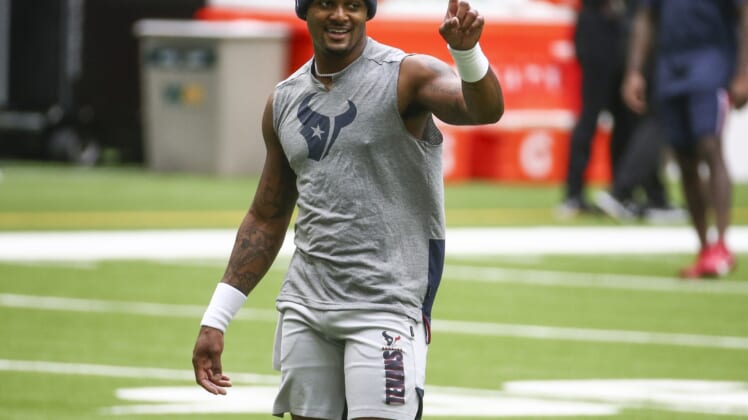 One of the 22 women who formally accused Houston Texans quarterback Deshaun Watson of sexual assault and harassment is dropping her name and accusations from the case due to privacy and security concerns, court documents revealed Wednesday.

Unnamed accusers, all of them women, were ordered by the court to be named publicly. A total of 21 accusers remain from at least four different states, per court documents, but only 12 are identified in the filing. However, the Houston attorney representing the women, Tony Buzbee, has said most of the other women have agreed to be named in order for the suit to move forward.

Attorney Rusty Hardin, who represents Watson in the case, successfully argued for the public identification of all accusers to allow for an investigation into individual claims.

The accusers are from California, Texas, Georgia and Arizona and all are connected in some way to massage sessions, the suit shows.

Hardin must respond to the initial filing by Monday, unless he seeks an extension from the court.

On April 3, the Houston Police Department confirmed it was opening an investigation into the claims.

Watson has denied all allegations while the NFL said it will “closely monitor” developments and launch its own investigation through league security. Having named accusers for potential interviews and investigations could lead to Watson temporarily being placed on the Commissioner’s Exempt List.

The civil suits landed as Watson was attempting to maneuver himself out of Houston by demanding a trade.