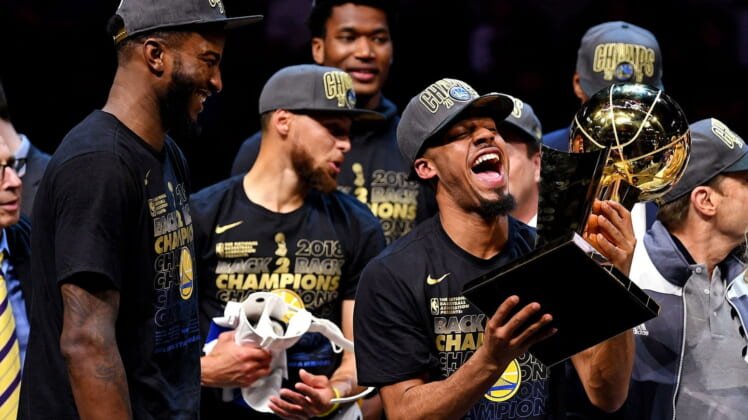 Let’s start here: Don’t do drugs. Nick Young is feeling great after winning an NBA championship, but that doesn’t give him a license to be stupid.

When approached by TMZ and asked about the legalization of marijuana, Young responded that cocaine should be next.

“I want people to pass cocaine. Everybody needs to do cocaine.”

Maybe he was making a joke. Maybe he wasn’t. Either way, it’s a foolish thing for the shooting guard to say — also because he’s an impending free agent.

Young signed a one-year deal with the Golden State Warriors and successfully chased a ring. His respectable plan went as exactly as hoped. But this was a very stupid thing to announce, regardless of intent.

Enjoy talking about this during free agency, Nick.