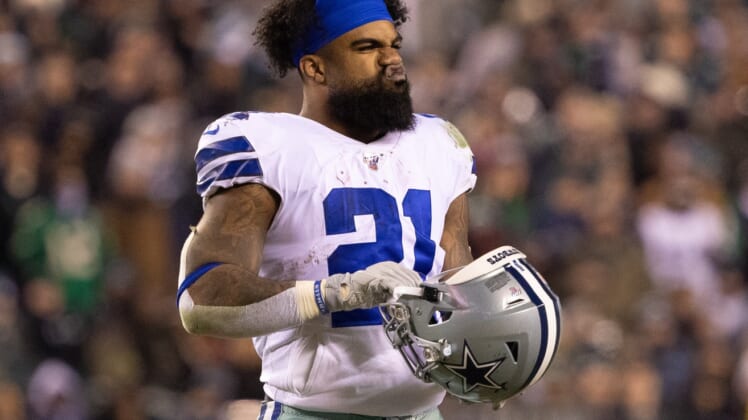 To say that Dallas Cowboys running back Ezekiel Elliott needs to step up with Dak Prescott lost for the season would be an understatement. Starting Monday night against the Cardinals, Dallas hoped that this would be the case.

Through the first 25 minutes of said game, that has not been the case.

Elliott lost a fumble in the first quarter after a completion from Andy Dalton. Eleven plays later, and the Cardinals scored a touchdown to take a 7-0 lead.

In absolutely shocking fashion, Elliott then put the ball on the turf again in Big D on his next rush attempt.

A total of five plays later, and the Cardinals scored another touchdown to take a 14-0 lead.

Elliott has now fumbled five times in less than six games this season. Given the Cowboys’ struggles on defense and their poor 2-3 record heading into Week 6, this simply is not going to cut it. Add in Prescott’s devastating injury, and that’s magnified further.

Obviously, the NFL world had its reactions to Elliott gifting the Cardinals 14-0 early on Monday night.