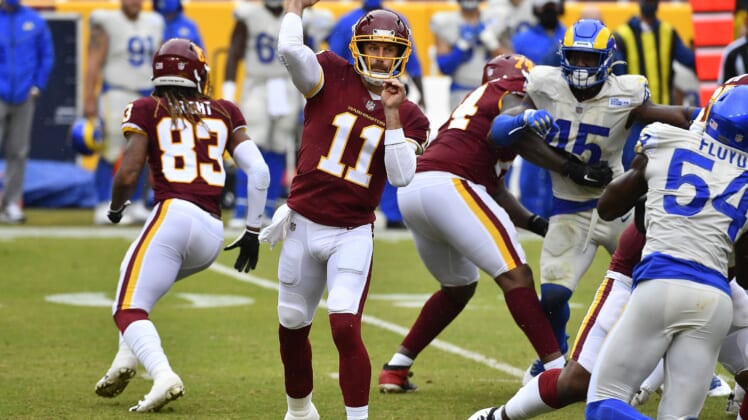 The Washington Football Team’s decision to bench starting quarterback Dwayne Haskins for Kyle Allen leading up to their Week 5 game against the Los Angeles Rams was not too much of a surprise. Haskins has been terrible as a sophomore.

However, it was surprising to see Alex Smith take over as Washington’s No. 2 quarterback. The former Super Bowl signal caller was active Sunday for the first time since he suffered a terrible leg injury back on Nov. 18 of 2018. It’s an injury that required 17 different surgeries and almost cost Smith his life.

Allen went down to a head injury in the first half of Sunday’s game. Enter into the equation Mr. Smith. He entered a game for the first time in nearly two years. It was a sight to behold.

From life-threatening injury to playing in an actual football game. This shows us just how tough Smith is. Now 15 years removed from being the No. 1 overall pick in the 2005 NFL Draft, Smith’s career has come full circle. What an amazing story.

Obviously, the NFL world also had its reactions.