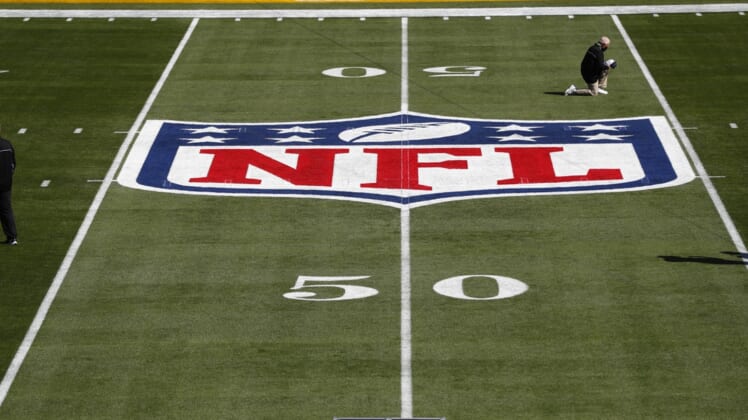 The National Football League and Genius Sports have struck a deal that gives the British company exclusive rights to distribute gambling data to sportsbooks globally.

Genius Sports prevailed during a months-long bidding process in which the NFL chose the company over Sportradar, which previously held the rights and is owned, in part, by the NFL. Genius Sports now becomes the premier holder of the NFL’s official data and can monetize it how it sees fit.

Though terms of the deal were not disclosed, it’s believed to be for four years and includes the NFL getting an equity stake in Genius Sports. The move gives the NFL an ownership stake in the two most prominent sports data firms, according to Sportico.

The deal could be valued at $1 billion over the life of the contract if additional years are picked up. Last month, the NFL was in negotiations for the rights and sought $100 million annually, according to CNBC.

It’s highly profitable for a sports league to sell rights to its data feeds, which can be used as a tool for bettors. The NFL and Genius’ goal is to make the feed so thorough and timely, including providing real-time data, that it will force sportsbooks and media outlet to pay for it instead of relying on other streams, such as a live video.

Genius Sports will have the exclusive rights to distribute the league’s official data to legal sportsbooks in the U.S. and throughout the world. The company can also package that data, which includes NFL’s Next Gen Stats, for sports media companies and use the data to monitor betting patterns.

“This is just one piece of a multi-faceted strategy around sports betting,” Kevin LaForce, the NFL’s senior vice president for media strategy and business development, said in an interview with Sportico. “It showed up in our media conversations and it’s going to show up in our sponsorship conversations. It’s increasingly a growing and comprehensive plan. This is a key component of it.”

Before Genius Sports’ deal with the NFL, Sportradar had been the industry’s leader in providing data. But that could be shifting, as Genius Sports has non-exclusive data deals with the NBA and MLB, in addition to a relationship with the NCAA, PGA Tour, German Bundesliga and English Premier League.

Genius Sports, which is valued at $1.5 billion, also is in the process of becoming a public company, with a shareholder vote on April 16.

“We have two powerhouses here,” said former Turner president David Levy, who last week was named chairman of Genius Sports. “Genius is one of the biggest leaders in data and technology, the NFL is the leader in sports and data.”

The NFL and Genius Sports are also working together on a hub that will focus on improving NFL gambling.

The NFL recently finalized a new round of media deals worth more than $100 billion while becoming a major player in gambling; no league gets more action than the NFL. The NFL’s annual revenue could increase by $2.3 billion annually if sports gambling becomes legal nationwide.

“Genius is proud and delighted to partner exclusively with the NFL to establish a new era of digital fan engagement for professional sports leagues everywhere,” Mark Locke, CEO of Genius Sports, said in a statement. “Our technology leads the world in the convergence of official data, betting, streaming, and digital media and we are excited to bring our unique capabilities to the world’s preeminent sports league.”