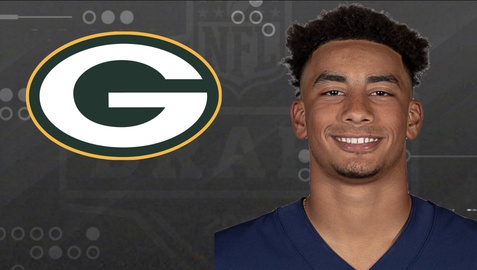 When the Green Bay Packers shockingly traded up for quarterback Jordan Love in the first round of last week’s NFL Draft, the decision was not well received by the masses.

In the week since, rumors have persisted that the Packers were sending a clear message to future Hall of Fame quarterback Aaron Rodgers. While there’s nothing concrete on that front, the selection of Love was a head-scratcher.

It’s now apparent that multiple NFL executives and scouts agree with the negative assessment of Green Bay going small-school quarterback in Round 1 when it had a bunch of other needs.

One AFC general manager simply responded “Why?” when asked by MMQB’s Albert Breer about the pick. An unnamed NFL scouting director doubled down on that belief. “QB Jordan Love to Green Bay,” He said. “Too many holes to waste Aaron Rodgers’s backend—how long will he be there and is he good with the head coach?”

That’s the biggest issue. Green Bay is mere months removed from earning a spot in the NFC Championship Game. It was nowhere near ready to compete with the eventual conference champion San Francisco 49ers in said game. The expectation was that Green Bay would add immediate-impact players in the draft.

Selecting Love in the first round and reaching for running back A.J. Dillon in the second round didn’t fall under that theory.

It has become a theme around the NFL world since Green Bay selected Love a week ago Thursday. Is Rodgers’ marriage with the team nearing an end? Are the Packers looking more toward the future than the 2020 campaign?

So many questions. So few answers.