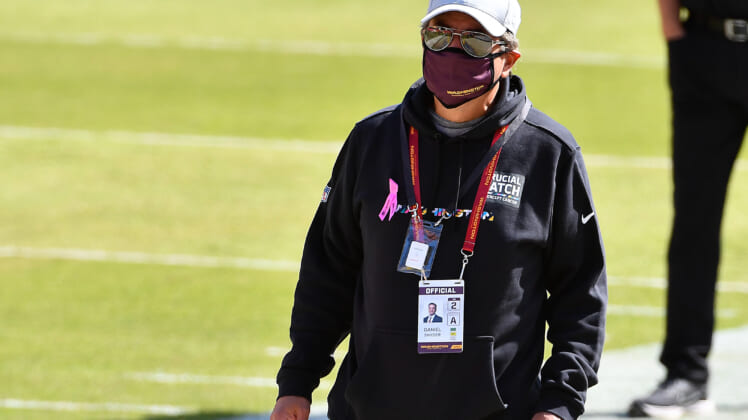 An NFL investigation into multiple allegations of the Washington Commanders’ toxic culture with numerous cases of sexual harassment could reportedly be kept from public release by team owner Daniel Snyder.

The Washington Post first released its in-depth story with 15 female employees detailing allegations of sexual harassment by prominent members of Washington’s regime. It came just two years after the New York Times spoke to several of the team’s former cheerleaders in 2018, detailing multiple incidents of sexual misconduct, harassment and intimidation.

Following the new accusations, the NFL launched an investigation. As the league spoke to witnesses and accusers, new details came out about how the organization was run under Snyder. Among them, the Commanders’ owner threatened the director of the team’s cheerleading squad about the women maintaining their weight. 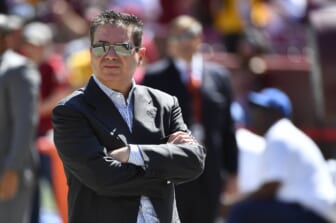 The NFL levied a $10 million fine against Snyder in July 2021. In a move days before the league’s discipline, Snyder’s wife was named co-CEO of the Washington Football Team and took over day-to-day operations.

But many fans and figures around the NFL weren’t pleased with the league’s light punishment, calling for the NFL to release the findings from its investigation. But commissioner Roger Goodell said the findings from Beth Wilkinson’s law firm couldn’t be presented to the public because she prevented her finding orally. But there might be a different reason the results haven’t been disclosed.

The House Committee for Oversight and Reform released a document Friday, per ESPN, revealing that the Commanders requested a “written investigation” from Wilkinson’s law firm. More importantly, the NFL may not be able to release those findings without explicit permission from Snyder.

“This morning, we released two key documents: the first shows Wilkinson was hired to write a report, but as we know, NFL changed that plan. The second shows the Commanders and NFL agreed to pursue a ‘joint legal strategy,’ raising serious doubts about NFL’s commitment to independence and transparency in investigating the Commanders. We will continue to investigate, get answers, provide accountability for these victims and workers across America.”

With the league and Snyder seemingly blocking the findings from seeing the light of day, the only evidence to come from the investigation will likely be the emails that led to Jon Gruden’s dismissal. But with Snyder facing new allegations from another team employee, another NFL investigation could be around the corner.