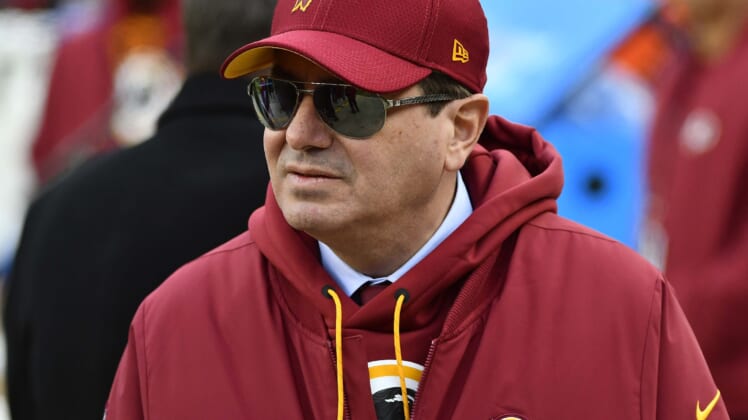 Earlier this month, reports emerged that multiple minority stakeholders in Washington’s NFL team were looking to sell the team. Among them, per The Washington Post, Robert Rothman Dwight Schar and FedEx CEO Frederick W. Smith.

The three owners represent roughly 40% of the team’s ownership and are the only outside stakeholders outside of Snyder, his sister and mother. While many believed their desire to sell their shares was due to the team’s name, it became clearer that there is genuine unhappiness being partnered with Snyder.

Washington announced Monday, in a statement that was criticized for repeatedly using the offensive term, that it would be changing its team name. Before long, it became clear that a far bigger bombshell was about to drop about the team’s toxic culture.

Before the story was released, Washington hired a prominent attorney to represent the organization and to investigate its culture over the years.

The organization has previously faced allegations of extremely inappropriate treatment towards its female employees. The New York Times spoke to several of the team’s former cheerleaders in 2018, detailing multiple incident of sexual misconduct, harassment and intimidation.

That has now come out big time following an in-depth article posted by The Washington Post on Thursday. It paints the Washington NFL team and owner Daniel Snyder in an ugly light.

A total of 15 female employees within the organization talked to The Post, claiming a toxic culture of sexual harassment involving several members of Washington’s hierarchy.

A total of 14 women spoke on a condition of anonymity. Though, former Washington employed Emily Applegate decided to speak on the record.

From being called “f**king stupid” by former Washington Chief Operating Officer to overt sexism, the stories are about as troubling as it gets.

“The allegations raised by Applegate and others — running from 2006 to 2019 — span most of Snyder’s tenure as owner and fall into two categories: unwelcome overtures or comments of a sexual nature, and exhortations to wear revealing clothing and flirt with clients to close sales deals,” the report read. “Among the men accused of harassment and verbal abuse are three former members of Snyder’s inner circle and two longtime members of the personnel department.”

For their part, the Washington football team did respond to the in-depth article.

“The Washington Redskins football team takes issues of employee conduct seriously … While we do not speak to specific employee situations publicly, when new allegations of conduct are brought forward that are contrary to these policies, we address them promptly,” the team said.

There’s going to be a lot more coming from this, especially surrounding what Snyder knew about the inappropriate behavior of several of those working under him.

This story is not going away any time soon. That’s for sure.