The NFL has announced that it will be hosting its sixth annual NFL Careers in Football Forum to be held virtually for HBCU students on December 8th. This year’s forum will be attended by over 170 students from 43 different historically black institutions. 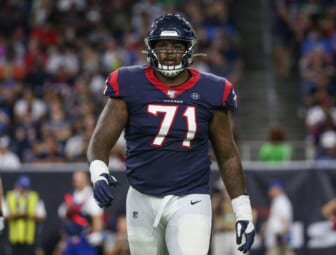 “The Careers in Football Forum has served as a tremendous event for assisting diverse candidates gain entry into the NFL, and the sports industry as a whole, and we are truly thankful to be in a position to work with HBCU students across the country. The Forum is one of several key programs that helps us build long-standing relationships with these historical institutions and introduces us to a diverse set of future leaders that will continue to successfully move our league forward.”

“The HBCU Careers in Football Forum provides an unmatched level of access to professional development advice and connection to industry professionals across multiple facets of the world of sports. Being able to continue my work with the Football Operations team at the Careers in Football Forum allowed me to gain hands-on experience running larger events, but also see first-hand how important events like these are to HBCU students who may not traditionally have this level of access to the NFL and representatives of other large sports entities.

As a member of the Junior Rotational Program and an HBCU Alum (Morehouse College), I can attest to the fact that the networking opportunities, and encouragement from professionals at the Forum helped propel my career forward and a mandatory experience for HBCU students looking to make their mark in the sports world in the future.”

Since the league started hosting this forum in 2016, 14 students that previously attended have received internships or full-time positions with the NFL, clubs, colleges and universities, and other sports entities.

The league’s contributions can also be seen on the field as they are set to partner with the Black College Football Hall of Fame to present the HBCU Legacy Bowl an exhibition game featuring some of the top draft eligible players from HBCUs to be aired on the NFL Network on Saturday, February 19, 2022.