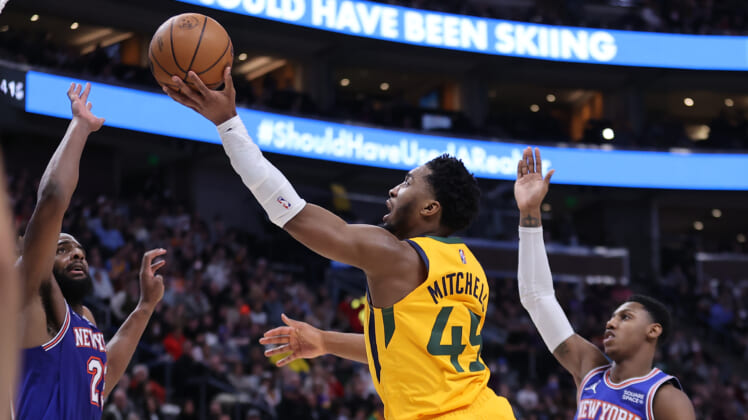 The New York Knicks are closing out the second half of a disappointing 2021-’22 NBA season with plans already being made for the offseason. With the franchise desperate to bring a big star to Madison Square Garden, Donovan Mitchell is starting to be floated in NBA trade rumors.

Even as Mitchell leads the Utah Jazz on a slate of loaded NBA games today, there is an increasing belief around the league he is one of the next stars to demand a trade. Amid reports of conflict in Utah’s locker room, another playoff exit might be the final straw for the 25-year-old guard.

Bracing for an active summer that could see multiple All-Star players shopped around the league, the Knicks already seem to be thinking about what it will take to sell the Jazz on trading their face of the team. 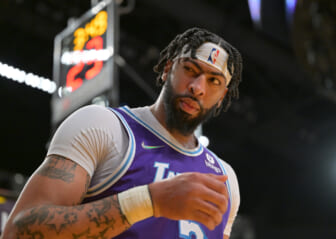 According to Newsday’s Steve Popper, Knicks’ executive vice president William Wesley is preparing a trade offer for Mitchell this offseason, promoting a plan to New York to acquire the All-Star guard.

According to the same person who pointed to Wesley’s criticism of Thibodeau, Wesley has been selling his plan, one that eventually will land Utah’s Donovan Mitchell, a New York native. But this is not schmoozing a high school player and steering him to a college of choice, and it’s not so simple even if the relationships are in place. Rose served as a former agent for Mitchell and the front office also inserted Johnnie Bryant as associate head coach after Bryant served as an assistant in Utah.”

What would a Donovan Mitchell trade cost the New York Knicks?

While Mitchell has never asked for a trade, the idea of playing for the Knicks would certainly be appealing to the New York native. He’s just entering the prime of his career and would bring the star power that MSG has lacked for years.

Convincing the Jazz to move him will be a challenge. Even if he is traded, the organization has too much talent to tank for a high draft pick and Utah could lose its 2024 first-round pick to the Oklahoma City Thunder.

A potential deal would need to be centered around RJ Barrett, providing the Jazz with a player who could be an integral part of their long-term success. Utah might also want a young talent like Obi Toppin or Immanuel Quickley, providing them valuable minutes off the bench and offering starting-caliber upside. In addition, the Knicks would need to attach draft picks.

From the Knicks’ perspective, the front office might be at the point where it will make everyone available if it means acquiring a perennial All-Star talent. Considering Mitchell grew up in New York and is far less risky than acquiring Zion Williamson, he might be the ideal target.