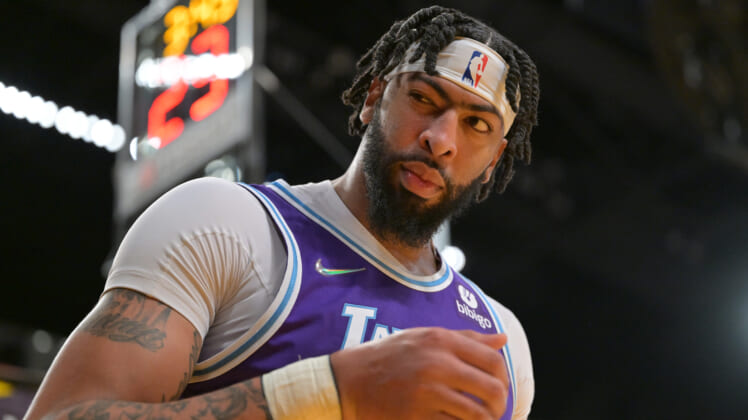 The Los Angeles Lakers made the right decision in November 2019 to make the blockbuster Anthony Davis trade. Unfortunately, two years later, the franchise is also discovering why the All-Star forward might not be a long-term star in Los Angeles.

A championship drought ended because the Lakers were willing to trade Brandon Ingram, Lonzo Ball and multiple first-round picks to the New Orleans Pelicans. He looked like an all-time great during the 2019-’20 season, especially in the playoff bubble. However, the past two seasons are proving that Davis lacks the durability and mindset to be the next face of the Lakers.

Realistically, the Lakers must realize the clock is running out. LeBron James might walk after the 2022-’23 season and Davis’s injury woes won’t improve with age.

When the offseason arrives, it might be time for the Los Angeles Lakers to explore a blockbuster deal. With that in mind, let’s examine four potential Anthony Davis trades.

If the Lakers start exploring trades this offseason, it’s a safe bet the Chicago Bulls will be near the top of the 29-year-old’s list. Davis lived in Chicago, starring at Perspectives Charted High School until he enrolled at Kentucky. It’s also a place he would clearly love to call home again.

“If the opportunity ever presents itself and when that time comes, I’d definitely consider it.”

Anthony Davis on the possibility of playing for Chicago Bulls, via USA Today (July 23, 2019)

Chicago would certainly be interested in Davis, especially since he would provide added interior defense. While the Lakers might push to get DeMar DeRozan, creating a double homecoming, the NBA MVP candidate seems likely to remain with the Bulls. So, Los Angeles gets LaVine via sign-and-trade. 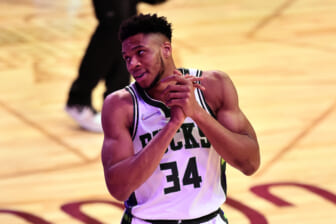 Also Read:
Bold predictions for second half of NBA season

LaVine would serve as the complementary star to LeBron, really stepping up as a perimeter shooter. He’s averaging 7.2 three-point attempts per game this season, hitting nearly 40% from beyond the arc. Los Angeles could pick up the team option on Coby White, providing them with a point guard to start over Russell Westbrook. Critically, White would provide outside shooting (2.4 3PM) and defense.

If LeBron leaves, LaVine becomes the focal point of the Lakers and they can use their cap space to re-sign White. Furthermore, the 2024 first-round pick can allow the front office to start collecting assets for a future deal.

The Charlotte Hornets have a superstar in LaMelo Ball. For this team to take the next step, becoming a perennial contender in the Eastern Conference, he needs a complementary co-star. While Davis might not love the idea of moving to Charlotte, but an opportunity to play for a franchise owned by his childhood idol might be appealing.

Ball is one of the best passers in the NBA, displaying a court vision and using his basketball IQ like few others across the entire league. Davis would also help transform Charlotte’s defense inside the paint, a huge area of weakness during the 2021-’22 NBA season.

As for the Lakers, this deal provides them with a potential All-Star who can be a part of their long-term core. Miles Bridges is taking a huge step forward this year, turning his athleticism and raw skills into high-end production. He’s also only 23 and if he keeps making strides, could become a star.

While this deal certainly wouldn’t help the Lakers win next year, it gives them long-term flexibility. We know this franchise is always going to pursue the next superstar on the trade block and the additional assets acquired from Charlotte can help them accomplish that.

This would certainly be the simplest trade. For now, the Trail Blazers are committed to building a new core around Lillard and their All-Star point guard is sticking by them for the time being. A lot can change in a few months, especially when facing a potential opportunity to join the Lakers and LeBron.

From Portland’s perspective, it swaps out a star who will be 32 next season for a 29-year-old superstar. The front office could work to build a new team around Davis, providing him with a far more comfortable setting to be the face of a franchise. If things don’t work out or he becomes disgruntled, the Trail Blazers would have the top player available at the 2023 NBA trade deadline.

Meanwhile, the Lakers try another superstar alongside LeBron. There is certainly an element of risk here since both players thrive with the ball in their hands. Lillard would provide some needed perimeter shooting (38.3% since 2019). Realistically, of all the players likely available in a trade for Davis, this is the Lakers’ best option.

The New York Knicks are desperate for an icon who brings excitement to Madison Square Garden. Any hope that Julius Randle would be that player is gone, he’s not meant to be the focal point of a contender. An overwhelming desire to land a superstar, even one with red flags, could leave New York to call the Lakers about AD.

From the Lakers’ angle, they reunite with their former top pick. Randle isn’t the player we saw during the 2020-’21 season, but he’s still averaging 19.8 points, 10.2 rebounds and 5.2 assists on the season. All things considered, his contract is fairly reasonable for his production.

Los Angeles would also acquire some outside shooting in Fournier and he’s only under contract for the next two seasons. Immanuel Quickley could be the first guard off the Lakers’ bench, becoming a long-term third guard for the franchise. Finally, three first-round picks would allow the organization to pursue a different star a year from now or the picks can be the foundation for a rebuild.