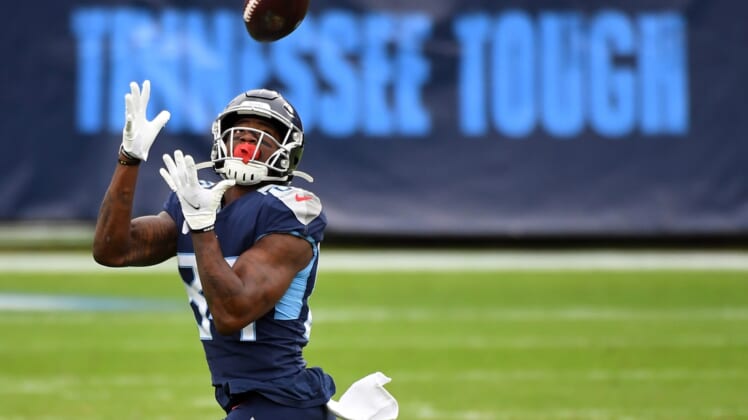 The New York Jets agreed to a three-year, $37.5 million deal with wide receiver Corey Davis on Monday night, according to multiple media outlets.

Davis, 26, caught 65 passes for 984 yards and five touchdowns last season with the Tennessee Titans. It was his fourth season in Tennessee, where he amassed 207 catches for 2,851 yards and 11 touchdowns in 56 career games (48 starts).

The Titans drafted Davis with the fifth overall pick out of Central Michigan in 2017.

The Jets are looking to upgrade their offense after a 2-14 campaign last season. New York holds the No. 2 overall pick in this year’s draft and could select a quarterback in the top three picks for the second time in four years.