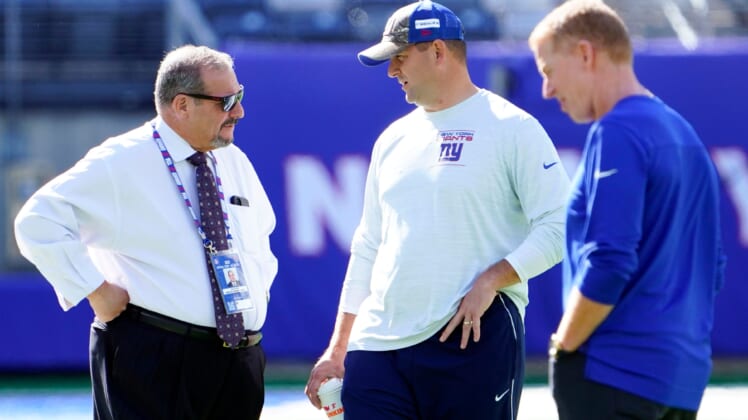 New York Giants general manager Dave Gettleman is in his final weeks with the franchise, the clock on a failed second stint leading a front office nearing its conclusion. While he remains employed, for now, there is already buzz about who will replace him.

The Giants hired Gettleman in December 2017, just months after he was fired by the Carolina Panthers. At the time, New York hoped that bringing Gettleman back to the organization where he had success (1998-2012 with New York Giants) might help turn the franchise around. 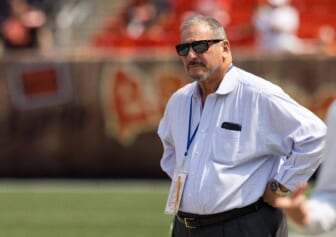 On the hot seat before the 2021 season began, it’s widely expected around the NFL that Gettleman won’t return in 2020. While the Giants haven’t launched a search for his replacement, NFL Network’s Ian Rapoport shared Sunday that the franchise could look towards the New England Patriots for a GM candidate.

“In the building, there would be some strong candidates to replace him, notably VP of Football Operations and assistant GM Kevin Abrams. Outside the building, the organization will likely look at some candidates with a background in the New England scouting system more in-line with Judge’s thinking, along with others.”

When New York fired Pat Shurmur after a two-year stint as head coach, they looked towards the Patriots to fill the position. Joe Judge, New England’s special teams coordinator and receivers coach, wasn’t a popular coaching candidate But his years with Bill Belichick played a role in his hiring by the Giants.

With Gettleman headed out the door, it seems the Giants are prepared to repeat their decision-making process. NFL teams are looking more and more for coaches and general managers who mesh well together, prioritizing a strong working relationship, which is likely playing a huge factor in Patriots’ executives already being on the radar. 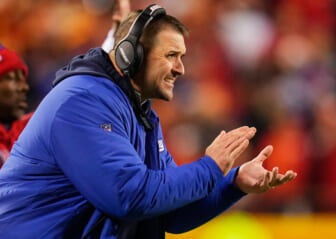 But hiring Judge hasn’t worked out. The franchise is 9-17 since he took over and the roster is more talented than the one that finished 9-23 during the Shurmur era.

But with the New York Giants seemingly committed to Judge for the 2022 season, they want a general manager who will endorse him to stick around as a head coach. If history repeats itself and team president John Mara taps into New England’s front office, the fallout could last several years.