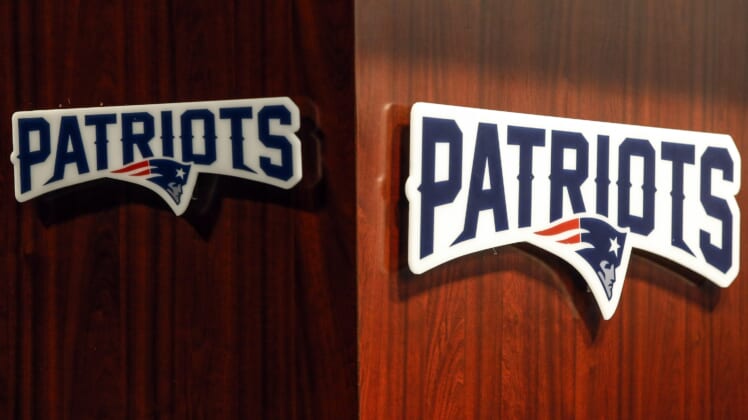 The New England Patriots canceled practice on Friday and closed their facilities following another COVID-19 outbreak, the latest setback in a disastrous stretch for the team during the pandemic.

Just a day after Cam Newton and Stephon Gilmore returned to the practice field, following extended absences due to COVID-19, the Patriots might have another outbreak of the coronavirus on their hands.

As first reported by PatsPulpit’s Ryan Spagnoli, the Patriots suffered another COVID-19 outbreak on Friday. According to ESPN, New England canceled its practice after one player tested positive for the coronavirus and the club is waiting for the results of a second possible case.

Despite the new positive test, per NFL Network’s Tom Pelissero, the NFL still intends for the Patriots to face the Denver Broncos on Sunday. The league has taken a wait-and-see approach to postponing games, especially ones that would have ripple effects throughout the league.

Denver and New England were originally scheduled to play on Sunday in Week 5. Following Stephon Gilmore’s positive test, the league moved the game to Monday afternoon. When another Patriots player tested positive on Sunday morning, the NFL made sweeping changes to its 2020 schedule and moved the Broncos-Patriots game to Week 6.

New England kept its facilities closed from Sunday through Tuesday, before players and coaches returned Thursday. Once again, in this situation that seemingly gets worse, the building is closed and another game is in jeopardy.

The timing is especially unfortunate for Denver. The team didn’t get to enjoy a normal bye week, practicing Wednesday-Friday with the expectation a game would be played. When the Week 5 matchup was eventually canceled, the Broncos had to immediately begin preparation for their Week 6 game this week. Set to travel to New England on Saturday, the Broncos face uncertainty once again.

This is the third new COVID-19 case for an NFL team this week. The Atlanta Falcons canceled practice Thursday after a positive test, but the team received clearance to return Friday. Meanwhile, the Indianapolis Colts received four positive tests on Friday morning, but are now indicating they were all false positives.

Related: Why the NFL needs a bubble to save its 2020 season

For now, the NFL intends for the Patriots-Broncos, Falcons-Minnesota Vikings and Colts-Cincinnati Bengals games to be played. If we’ve learned anything during the COVID-19 pandemic, it’s that everything could change quickly.

Sticking with the current 17-week schedule remains the NFL’s plan for now, but that could change within a matter of days. The league is already considering pushing back Super Bowl LV, which would create time for a Week 18 and Week 19 to host makeup games.