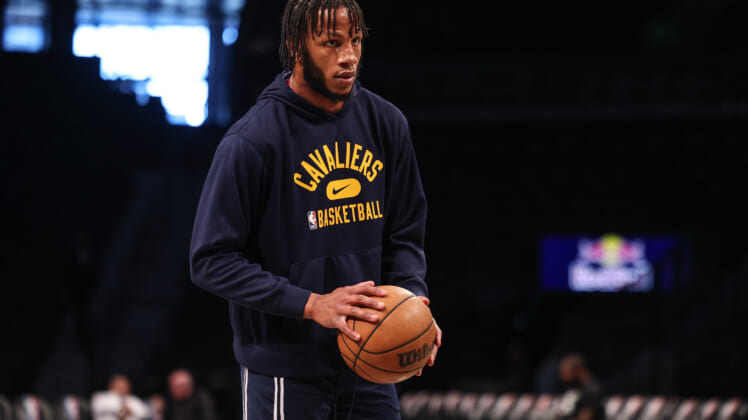 Pro-am games have become increasingly popular over the last decade, featuring star talent from around the world. These games give players opportunities to play with talent ranging from local hoopers up to the highest level.

The Danny Rumph Classic is a Pro-am tournament that has been held in Philadelphia since 2006, honoring the legacy of Danny Rumph. Over the years, the tournament has hosted superstars such as Jayson Tatum and James Harden. This year, a few of the featured players included the Morris twins (Marcus and Markieff), Lamar Stevens, and Alize Johnson, all of which are from Pennsylvania.

“It means a lot uh, just the unity of the city. Everybody coming together for a great cause. Being able to play in front of these kids, means everything to me because I was once a kid in the stands, you know watching older guys play, the guys that motivated me to be where I am.”

Said the Philadelphia native and Cavaliers forward, Lamar Stevens, when asked what it meant to him to be able to give back to the community in this way.

Pro-am games are all about the community

These tournaments allow the youth to watch some of their idols in person that may not be as fortunate to see them in NBA action. Hawks guard Dejounte Murray touched on this after playing in Jamal Crawford’s pro-am league in Seattle.

A big part of these games is the “street-ball” type of intensity. It allows these NBA players to interact with the crowd and trash talk as much as they’d like. Alize Johnson said that this was his favorite aspect of playing in an atmosphere like this. “You know a lot of guys were trash talking, it makes me better, makes me bring my game out. So I think that it just makes it fun, it’s the nature of Philadelphia basketball.”

Stevens also touched on the subject saying that “I definitely do enjoy being able to trash talk. That’s something that gets me going, it didn’t get me going tonight but it normally does. It’s just fun, it’s all love man we’re all out here trying to chase our dreams and you know, take care of our families. So for us to be able to come out here and compete, you know it’s for fun, for the city, for the right cause.”

A lot of smiles were seen across the youth’s faces as the athletes spent time taking pictures with them post-game. The message that the Danny Rumph Classic is aiming to spread is “save the next bright star”. Giving back to the community is really what these pro-am tournaments are all about. For even just a few days, people from around the area come together and enjoy watching some of the best in the world go at each other.

Even players that get very little recognition have the chance to show out in front of these large crowds. One of these players is Justin Jaworski. Jaworski was being called “somebody’s boss” by the announcer throughout the entire game against the Morris twins. However, he would eventually steal the show in the fourth quarter as he hit five deep balls to cut a 21-point deficit down to five. He quickly went from being left open for three, to being double-teamed by none other than Marcus Morris himself.

If you ever have the opportunity to go to a pro-am game in your area, it is highly encouraged that you do so. They bring communities together and give you a once-in-a-lifetime experience. You never know who’s going to show up, but it will be worth it no matter what.