Answering NASCAR questions about my 2022 playoff predictions, what happens to the No. 19 car in 2024, and Cole Custer's latest struggles at the top level. 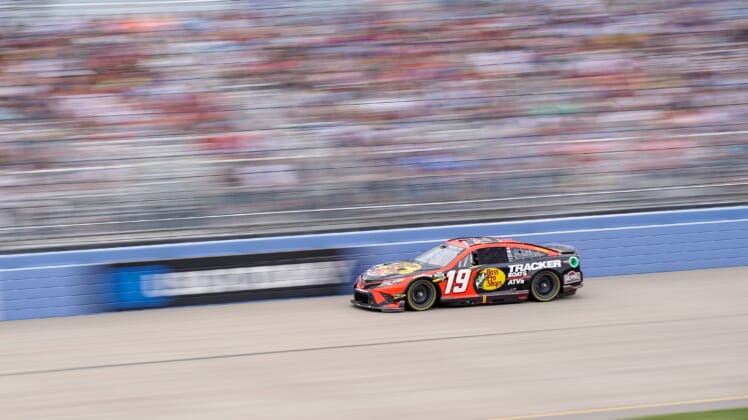 The number of races left in the 2022 NASCAR regular season has hit single-digits and the playoff lineup is starting to take shape as we near 16 winners.

Let’s dive into the questions being answered in this week’s NASCAR mailbag.

NASCAR playoffs predictions and why Martin Treux gets a win soon

NASCAR has nine races left in the regular season and it’s been a crazy one with four first-time winners and drivers that might not have been expected to win an event. However, let’s make some predictions on how the final nine events for the NASCAR Cup Series take place.

First off, there are not going to be more than 16 winners, despite what people want to say. Martin Truex Jr., Ryan Blaney, Christopher Bell, Kevin Harvick, and Tyler Reddick are the notable drivers who have not won this season, but it’s more likely that one or two of them win a race.

Truex is the likeliest to win an event soon and he’ll do just that when clinching a playoff spot. Blaney has two superspeedway tracks left that would help his case and that’s his avenue. Bell has been on the verge of winning but his pit crew holds him back from winning races. It is likely going to take two winners behind Bell to knock him out and it’s most likely not happening. 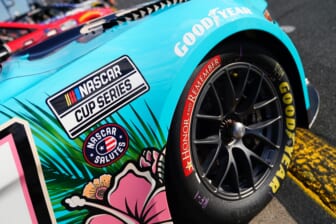 Harvick and Reddick have been fast but they are not consistent. Harvick is more likely to win but it is not going to be predicted. Reddick is fast but makes way too many mistakes with some bad luck.

Overall, Truex and Blaney will end up being race winners come playoff time while Bell and Harvick, who sneaks in over Aric Almirola, round out the final two playoff spots.

Martin Truex Jr. recently announced his intentions to return to the No. 19 car for Joe Gibbs Racing during the 2023 season. While Truex did not announce whether it would be his last season, it is a topic of conversation.

If Truex were to retire at the conclusion of the 2023 season, Ty Gibbs is viewed as the easy plug-in and that’s likely going to happen whenever the first shoe drops. However, what if Truex decides to not retire? Well, the No. 19 car stays the same, but where would Gibbs go in the event that all four cars have an occupied seat for the 2024 season?

It doesn’t feel like Joe Gibbs Racing should stick Gibbs on 23XI Racing when they would have almost three drivers over 40 years old in their lineup. That’s exactly why replacing Bell is very unrealistic. 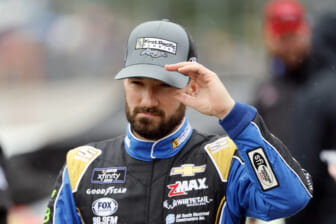 Truex, Denny Hamlin, and Kyle Busch are in the second half of their careers, specifically Truex and Hamlin. It feels like there could be a scenario where one of them races elsewhere, likely Truex.

Bell and Gibbs represent the future of Joe Gibbs Racing, so throwing the young Xfinity Series star into the No. 20 car would make no sense in a vacuum. What about the No. 11 car? Hamlin owns 23XI Racing so it could happen. However, it seems likely that it would be Truex since retirement is certainly not more than a few years away.

Cole Custer has been struggling in the NASCAR Cup Series and that is putting it lightly. While the equipment might not be up to par with Bell and Reddick, both drivers are clearly passing Custer. The reason they are significant is that they were the “Big 3” in the NASCAR Xfinity Series before they all moved to the Cup Series.

Custer was the first one of the three to win a race that happened during the 2020 NASCAR season at Kentucky Motor Speedway. However, that was also Custer’s last top-5 finish. 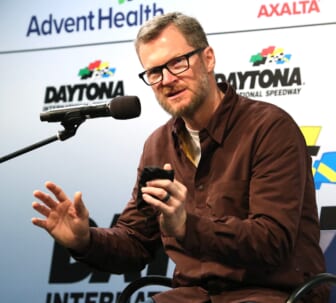 Custer started out his career with one win, two top-5 finishes, and seven top-10 finishes, but the last two seasons, including this year, have seen him digress every time the new year rolls around. It’s a mysterious case of what has actually happened to him. Is Custer not adapting to these cars or is it just taking a long time for him to develop?

No matter what happens, the improvements need to come soon or Custer might be on the outside looking in at Stewart-Haas Racing.