NASCAR's charters are reportedly priced at around $30 million which has the market in a standoff, according to Adam Stern. 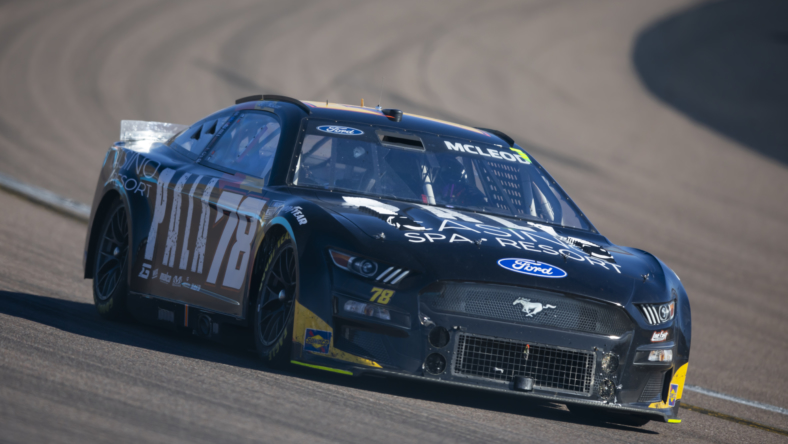 NASCAR introduced the charter system in 2016 as a total of 36 entries received a charter that guaranteed a spot in every Cup Series event, a fixed revenue on top of earned revenue, and governance.

Let’s dive into the latest surrounding NASCAR’s charter system as the sport has intentions to extend it far into the future.

The last time NASCAR faced a situation when the charter agreement was set to expire, there was an agreement that saw it extended through the 2024 season. As the sport enters the 2023 season, it means the agreement will end soon.

According to Steve Phelps, the sport has intentions to renew the agreement as he believes the charter system is good for NASCAR. While Phelps said it is not perfect, he believes it has worked very well.

One of the downfalls of the charter system includes the number of owners that want to enter NASCAR’s top level but cannot find a way due to teams not wanting to let go of their charters.

Also Read:
NASCAR intends to continue the charter system beyond 2024

JR Motorsports is one of those teams that want to race in the NASCAR Cup Series; however, everything has not come together yet. The organization will not compete in the series for the 2023 season.

The financials are a part of the reason why JR Motorsports has not made the jump. However, with the latest report on how much charters are worth right now, it is very reasonable to understand why this is the case.

NASCAR’s charters are reportedly worth around $30 million right now

There was a time when NASCAR’s charters were worth roughly $20 million but that number has reportedly taken a very massive jump as the TV deal continues to loom for the 2025 season and beyond.

According to Sports Business Journal’s Adam Stern on SiriusXM NASCAR Radio, the sport’s charters are likely not going for less than $30 million which has caused a standstill regarding the market.

This is what Stern had to say about the price of NASCAR’s charter system at this point in time.

“In terms of the price, you are not going to get one right now for less than $30 million but people don’t want to spend $30 million right now so things are at a standstill. There are not many teams who are willing to even part with charters and the ones who are, they basically want to bake in the idea that NASCAR is going to get more money in the next TV deal. They don’t want to give these away and then 6 months later, it becomes clear that they were worth a lot more money.”

Adam Stern on the price of acquring a charter

There is no sugarcoating it that $30 million is a very shocking number when it comes to acquiring a charter. If this is the case, it makes sense why there have not been many charters being moved to other teams during the silly season process.

As stated by Phelps at the State of the Sport address, the price of charters is a significant multiple compared to what it was just three years ago. This certainly appears to be the case.

Stern continued by talking about the standoff that is currently strangling the charter market at the moment.

“There’s kind of a standoff right now between the people who are interested in buying and the people that are interested in selling. It’s not clear that they are worth $30 million, but to the people who are holding them, it’s not clear they are not worth $30 million. It’s kind of a little bit of standoff right now and that’s one of the reasons you haven’t really seen any charters change hands in the past year.”

Adam Stern on the standoff in the charter market

If the price of charters is $30 million, it might be smart to wait and see what happens. Obviously, it could end up backfiring but teams do not want to lose money with the looming TV deal.

There is no reason to rush through any transaction when there is a clear bar set for the teams who are willing to sell. In all honesty, it is not a bad strategy for those holding them.

For now, it is a waiting game to see if anyone will bite around the $30 million mark. This could be a long process of figuring out the true value of a charter if not.