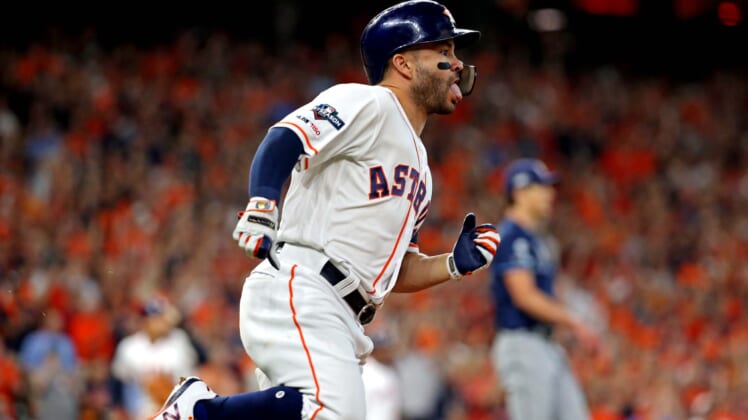 The Houston Astros’ sign-stealing scandal has taken over MLB, but it seems some stars from other teams are starting to wonder why Astros players escaped discipline.

On Thursday, the story continued to develop with accusations that Houston players were wearing wires on their bodies with buzzers to signal pitches. In particular, a video of Jose Altuve telling teammates not to take his jersey off after he hit a home run to send the Astros to the World Series was widely circulated as potential evidence.

For what it’s worth, after Altuve hit that home run, he was asked by Ken Rosenthal of Fox Sports why he didn’t take the shirt off. He said that he got in trouble with his wife on a previous occasion for taking his shirt off.

Whether you want to buy that is up to you. All we know for certain is that this is a story that isn’t going away any time soon, and that there will almost certainly be more legitimate details to follow in the future.