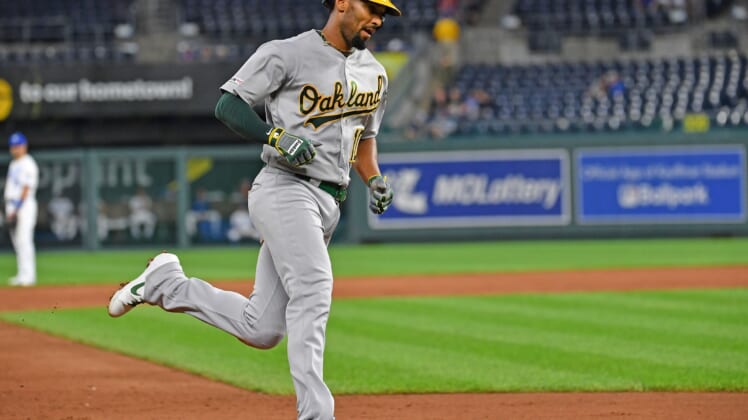 The Oakland Athletics have stuck with shortstop Marcus Semien through thick and thin since acquiring him from the Chicago White Sox in the Jeff Samardzija trade years back.

Fresh off being named an MVP finalist, Semien might very well be looking to repay the A’s.

According to Jon Heyman of MLB Network, Semien has indicated to Oakland’s brass that he’s open to signing an extension prior to hitting free agency following the 2020 season.

It goes without saying that Oakland would love to retain the veteran long term. It would be a rare move for the small-market team. It also might not be financially feasible.

Any extension for Semien would likely have to come in at a minimum of the $20 million Xander Bogaerts is earning with the Boston Red Sox on an annual basis.

Though, there’s also a decent chance that Semien could give Oakland a hometown discount. Hailing from Berkeley, he’s a native of the area.