Minnesota Timberwolves reportedly could pursue Rudy Gobert: How a trade might look 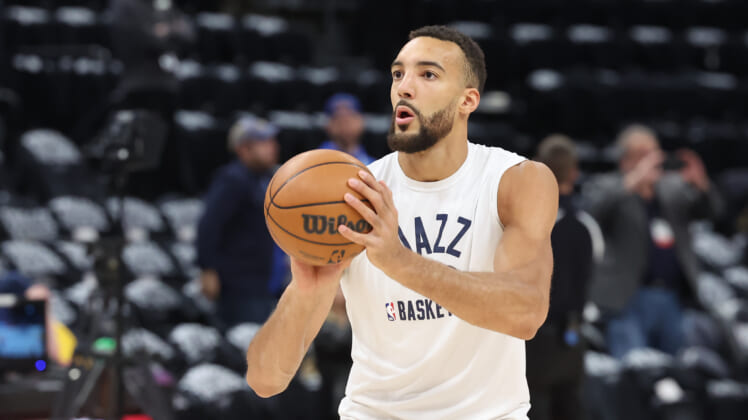 In an attempt to improve on what was a successful season in 2021-2022, the Minnesota Timberwolves reportedly could pursue talented Utah Jazz center Rudy Gobert this summer.

The Timberwolves surprised many by finishing with a 46-36 record this season and giving the Memphis Grizzlies a serious run for their money during a six-game battle in the opening round of the NBA Playoffs.

It seems like the organization has a reliable and talent-rich core in former top overall pick Anthony Edwards and veteran All-Star Karl-Anthony Towns. Now, the goal is about getting the right pieces around the duo and making a run at an NBA Finals birth. And one NBA expert claims a player that could be that key missing piece is Gobert.

During an appearance on a Wednesday edition of the Bill Simmons Podcast, The Ringer NBA contributor Kevin O’Connor revealed that he has heard rumblings Minnesota has an interest in the three-time All-Star. As well as a curiosity in trying to acquire Atlanta Hawks center Clint Capela. So, the team clearly is looking to improve their center position next season.

What it could take for Minnesota Timberwolves to land Rudy Gobert

If the Utah Jazz were willing to part with Rudy Gobert in an effort to alter a roster that has not reached its potential, what might such a trade with the Minnesota Timberwolves look like? To make the money work the ‘Wolves would need to package D’Angelo Russell and the $31 million he is set to make next season in a deal.

While landing Russell may not blow Jazz fans over with excitement, his contract ends after this season. Compared to Gobert, who is signed for four more seasons and will soon start being paid over $40 million annually in 2023-2024. Along with Russell, the Timberwolves would need to sweeten the deal by adding the 19th pick in the first round of this year’s NBA Draft. 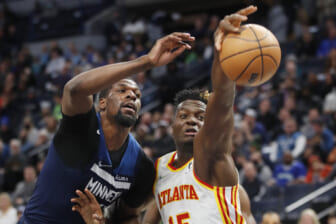 Also Read:
Minnesota Timberwolves interested in Clint Capela: How a trade could look

They will probably also need to include one of their three second-round picks in 2022 — let’s go with pick 48 — and a future first-round selection. In such a scenario, Utah gets a good, proven player to combine with Mitchell for one season and cap flexibility in the near future. While also landing strong draft capital for the long term. And the Timberwolves land an elite defensive anchor to let Towns and Edwards use most of their energy on the offensive side of the ball.