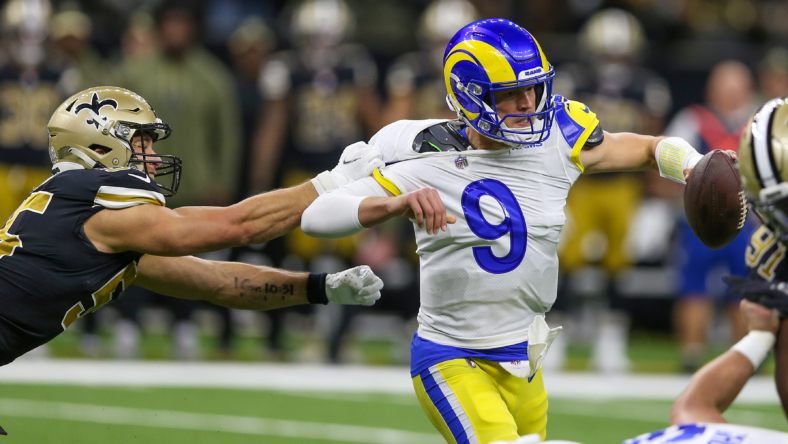 He returned to action for the last-place team Sunday against the New Orleans Saints. However, said return did not last too long.

The Super Bowl champion exited in the third quarter with an apparent injury. After being checked out in the medical tent, he went to the locker room with the training staff. A bit later, it was noted that Stafford was being evaluated for a concussion.

This can’t be seen as a good thing. Stafford apparently passed through the concussion protocols in time to be cleared for Sunday’s game.

The fact that he had to exit with a head injury mere days after being cleared is going to be cause for alarm. That’s especially true with the Tua Tagovailoa drama from earlier this season forcing the NFL to change its concussion protocols after a ton of push back.

This comes with star Rams wide receiver Cooper Kupp potentially lost for the remainder of the season after undergoing surgery on a high-ankle sprain. It also comes with Los Angeles at 3-6 on the season and in the midst of a stretch that has seen the defending champs lose five of six.

As for Stafford, he has not been anywhere near the same player as what we saw during his first season with the Rams in 2021.

From a micro perspective, this would represent Stafford worst season since he was a rookie with the Detroit Lions back in 2009.

We’ll have further updates on the quarterback’s status when they are provided. For now, a lost Rams season now seems to turning into a dumpster fire with injuries acting as the gasoline.