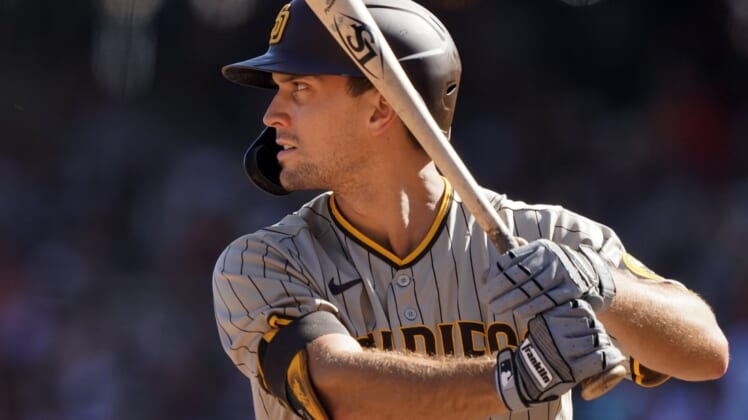 Frazier didn’t have a long stay in San Diego. He was acquired along with cash considerations by the Padres from the Pittsburgh Pirates on July 26 in exchange for infielder/outfielder Tucupita Marcano, outfield prospect Jack Suwinski and right-handed pitching prospect Michell Miliano.

Frazier, who turns 30 in December, batted .305 with five homers and 43 RBIs in 155 games split with the Pirates and Padres last season.