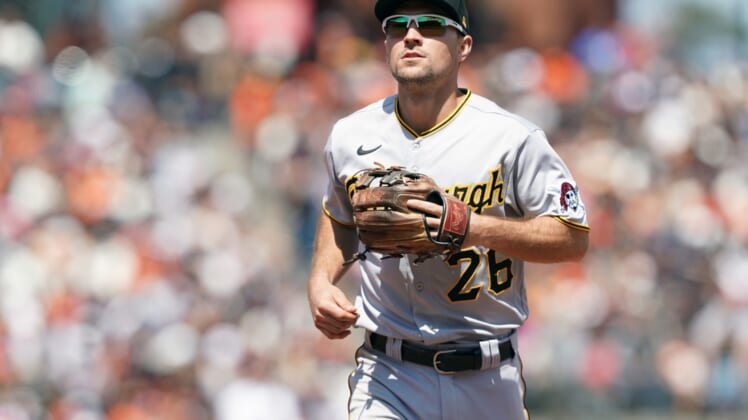 In a deal that was widely reported on Sunday, the Padres received Frazier and cash considerations in exchange for infielder/outfielder Tucupita Marcano, outfield prospect Jack Suwinski and right-handed pitching prospect Michell Miliano.

Frazier, 29, gives San Diego a boost as it attempts to catch the San Francisco Giants and Los Angeles Dodgers in the National League West.

Frazier leads the majors with 125 hits and ranks second in the NL with a .324 batting average through Sunday. He has 36 extra-base hits, 32 RBIs and 58 runs scored in 98 games.

In a six-year career spent entirely with Pittsburgh, Frazier has batted .283 with 39 home runs, 119 doubles and 204 RBIs.

Owners of the second-worst record in the NL, the Pirates entered selling mode ahead of Friday’s deadline.

Marcano, 21, is the only player in the deal with big-league experience. The rookie played 25 games for San Diego in 2021, splitting time at second base, third base, left field and right field. He is batting .182 with three RBIs and seven runs scored.

Suwinski, 22, batted .269 with 15 home runs in 66 games for Double-A San Antonio, while Miliano has only reached the High-A level.