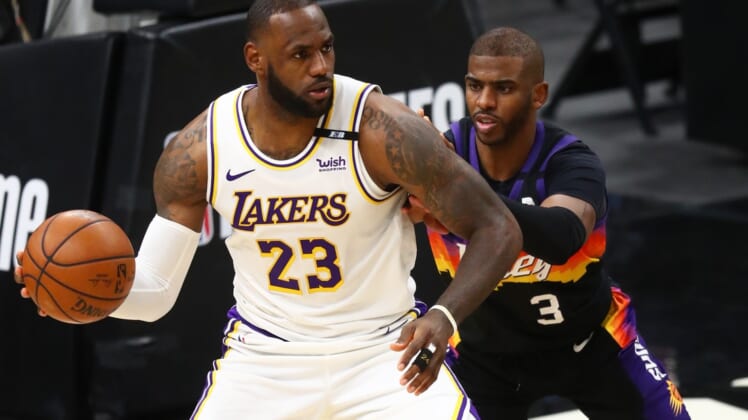 The defending champion Los Angeles Lakers knew that they were going to have a rough go at it without Anthony Davis in Game 5 of their first-round series against the Phoenix Suns.

With the series tied at two, this game took on even more significance in Phoenix. Unfortunately for the Lakers, they were not up to the task in the first half.

Phoenix led by the score of 34-26 after the first 12 minutes. Devin Booker and Co. then went on to outscore the Lakers 32-10 in the second quarter en route to heading into halftime with an eye-opening 66-36 lead.

LeBron James scored just seven points on 3-of-10 shooting with three turnovers for the Los Angeles Lakers in the first 24 minutes. He also failed to get back on defense multiple times, leading to questions about just how into the game King James was.