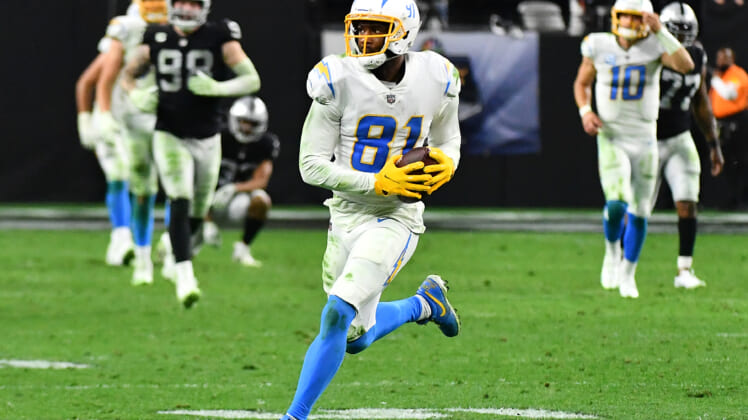 The Los Angeles Chargers won’t have to worry about their big-play receiver potentially leaving in free agency anymore. Mike Williams has been a top target in the Chargers’ offense ever since he became a full-time starter during the 2019 season, in which he led the NFL with a 20.4 yards per reception average, now it appears as though the team is showing just how much they value him, in the form of a contract extension.

According to Josina Anderson of CBS Sports, the Chargers and Williams have just agreed on a three-year, $60 million extension that keeps him in L.A. through the 2025 season. The deal includes $40 million guaranteed at signing and offers $28M in the first year of the contract.

Considering another alternative was for Williams to earn $18M on the franchise tag had it been offered to him, this is quite the jump in pay for the 6-foot-4 receiver.

Mike Williams keeps Chargers on track for big season in ’22

In his five seasons with the Chargers, Mike Williams has racked up 3,662 receiving yards and 26 TD catches. He’s topped 1,000-yard seasons twice, once with Philip Rivers throwing him the ball, and the most recent happening under Justin Herbert‘s watch.

This should ensure that Herbert has a strong receiving corps for another season, pairing Williams with Keenan Allen. There’s still a possibility the Chargers add a third receiving option since they have so much cap space. But they have other needs, specifically on the defensive side of the ball.

For now, they’ve crossed one item off their to-do list. We’ll see what comes next for the Bolts.