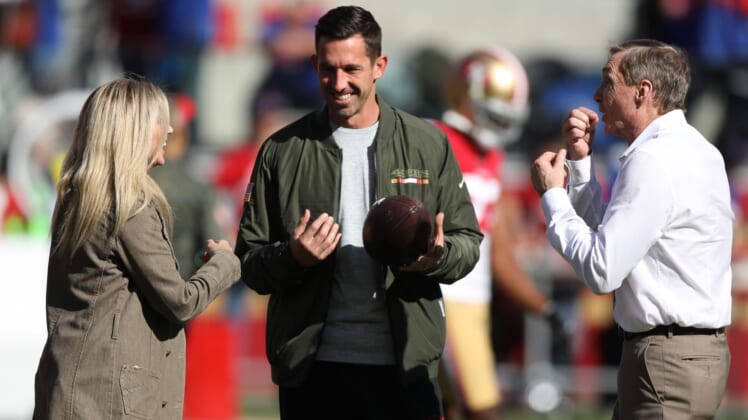 Apparently, Lil’ Wayne got note of this recently. He just sent the older Shanahan and his young child some pretty awesome swag.

49ers coach Kyle Shanahan named his son Carter after Lil’ Wayne so @LilTunechi sent them both a surprise gift! pic.twitter.com/ssn12TIVs6

Yes, that’s two autographed posters with a personal touch as well as a CD of Wayne’s latest music.

Shanahan’s infatuation with the rap artist caught a bunch of people by surprise. Former NFLer Chris Simms opened up about how Shanahan was “obsessed” with Lil’ Wayne when the second-year 49ers coach worked with the quarterback during their time in Tampa Bay.

That obsession has now been taken to a whole new level with Shanahan naming his on after the mogul. They also have some pretty cool swag to show for it.