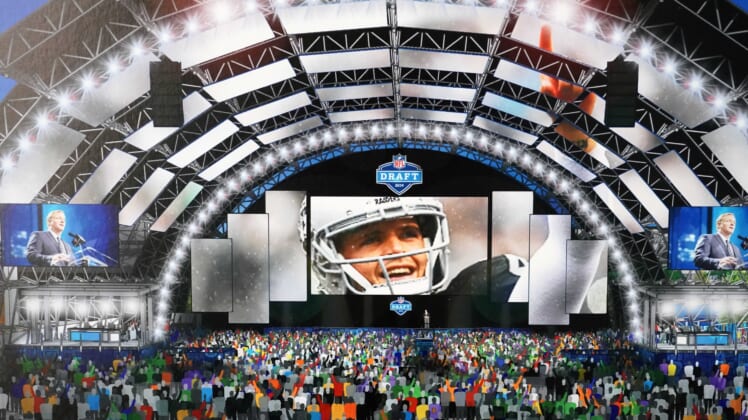 The 2020 NFL Draft is nearly here and football fans are excited for one of the biggest events in sports to finally start. On the latest Reckless Speculation podcast, TC and NFL editor Matt Johnson dive into the anticipation with a last-minute mock draft for the top-20 picks.

The Cincinnati Bengals aren’t even pretending to take calls with the No. 1 pick and have Joe Burrow prepped and ready to be their face of the franchise. Meanwhile, the Washington Redskins will likely submit their pick in seconds, barring an overwhelming offer for the No. 2 overall pick.

The real intrigue starts with the Detroit Lions at the No. 3 overall spot, which is where the fun begins in our mock draft. As part of alternating picks, TC took the odd selections and delivered a surprise for the Lions. It didn’t take long before the Miami Dolphins, Las Vegas Raiders and Carolina Panthers provided their own stunners.

Let’s dive into the latest Reckless Speculation podcast and our top-20 mock draft with explanations for each pick in the show.