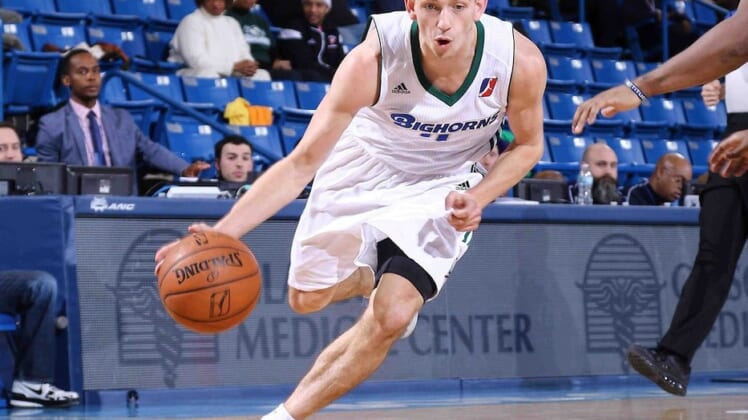 Reno Bighorns Guard David Stockton (11) drives the lane in the second half of a NBA D-league regular season basketball game between the Delaware 87ers and the Reno Bighorns (Sacramento Kings), Tuesday, Feb. 10, 2015 at The Bob Carpenter Sports Convocation Center in Newark, DEL

The Los Angeles Lakers have signed guard David Stockton, who is the son of Hall of Fame point guard, John Stockton, per Shams Charania of The Athletic.

Likely signed as just a camp body, Stockton has played in just six career games at the NBA level. He last played in the NBA with the Utah Jazz during the 2017-18 season, when he appeared in three games, averaging 3.3 points per game.