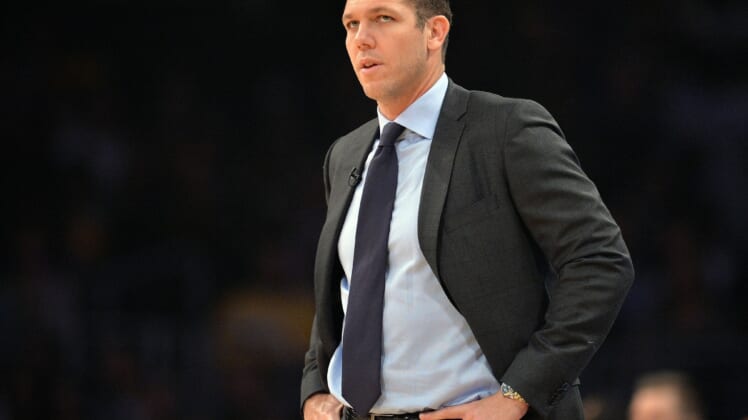 Los Angeles Lakers star LeBron James threw both the entertainment and sports world for a loop when he announced Wednesday plans to move forward with a “Space Jam” sequal. “Black Panther” director Ryan Coogler will head the project.

Dining at Craig’s restaurant in Hollywood with big time producer Jeffrey Katzenberg, Wednesday evening Lakers head coach Luke Walton was asked by TMZ Sports if he had any interest being in the movie.

Just imagine it. LeBron James’ head coach starring in a movie he’s co-heading. The story and plot writes itself. So do the jokes.

Either way, we can expect a whole plethora of people around the NBA world to show interest in the project. It promises to be a major blockbuster.

Filming and production will start during the 2019 NBA offseason. Until then, it’s all about casting.