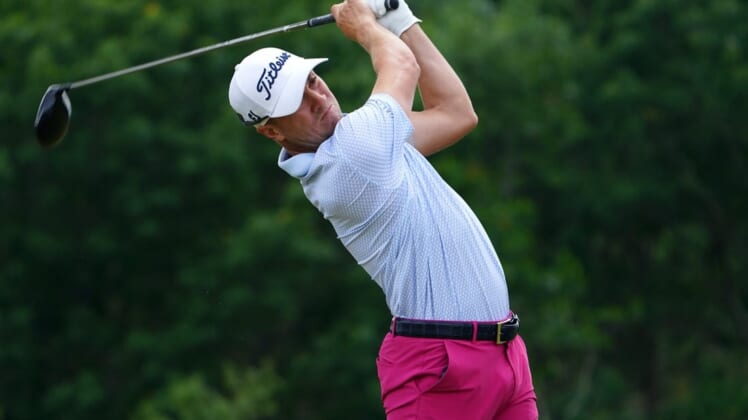 The questions about LIV Golf keep coming, and Justin Thomas became the latest player to express his exhaustion over the topic Tuesday.

“I think it’s very obvious why we’re sick of talking about it because it is, it’s taking away from a lot of — whether it’s great storylines or just great things happening in the game of golf,” Thomas said at his pre-tournament press conference at The Open Championship at St Andrews.

“I mean, the U.S. Open was such a shame in the beginning of that week because there were so many other great storylines that should have been going on, but instead it wasn’t. And I think that’s probably what some of the frustration is from guys, answering a lot of the same questions.”

But Thomas, who became a multi-major winner last May when he captured his second PGA Championship, told reporters he knew why they had to keep asking questions about the story as more big-name golfers spurn the PGA Tour for the controversial LIV Golf Invitational Series.

“It’s a very, very tough thing because it is, it truly is one of those things that the more you talk about it, the more traction it gets,” Thomas said. “But obviously y’all want to know how we feel, and we want to know how other people feel, other players.

“I understand why y’all ask, like you have to. It’s a part of your job. And you just genuinely want to know. Just like we want to know when we ask our friends, our peers, any of y’all what you think.”

The LIV series is now two events into its inaugural season, but the run-up to the final major of the men’s golf calendar has not been completely distraction-free. LIV CEO Greg Norman, a two-time Open champion, was asked not to attend the celebration of champions this week so that focus could remain on the major.

Thomas, for his part, said he has not been swayed to consider leaving the PGA Tour.

“It’s just a part of it, and it’s the unfortunate spot and time that we’re at right now,” the world No. 7 said. “But hopefully there will be a time and a place where we can just focus on and talk about the event going on and not some other stuff elsewhere.”