Johnny Manziel will play in Fan Controlled Football next season 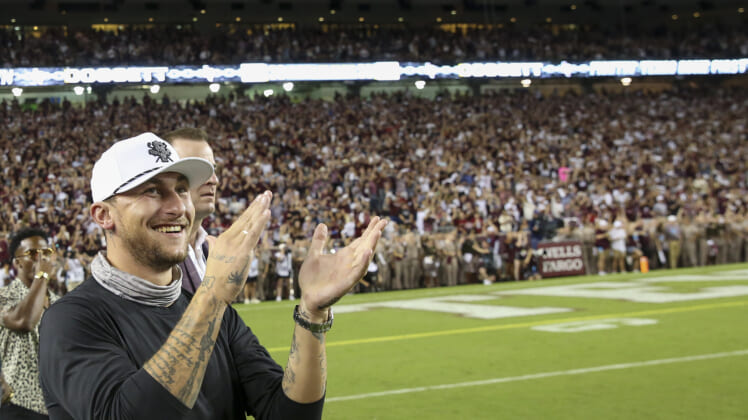 Johnny Manziel might not have an NFL return in his future, but the former star quarterback is going to play football again in 2022 for the Fan Controlled Football league.

Founded in 2018, the FCF held its inaugural season in 2021. It’s a 7-on-7 professional league held in an Atlanta indoor facility with fans given wide control over what happens during games.

Manziel starred for the Zappers this past season, the team owned by a group that included New York Mets pitcher Trevor May and Minnesota Vikings running back Dalvin Cook. The Zappers went 2-2 this past season, scoring 138 points in four games but lost to the Wild Aces in the semifinals.

With the 2022 FCF season scheduled to begin on April 16, Manziel informed ESPN that he is returning to play another year.

“This is a way to go out and compete and have fun on a way smaller scale. I don’t have the drive to play football at a high level anymore. I don’t have a drive to be the best football player anymore that I used to have in my life, and I’m OK with that. I’ve come to terms with what my football career was, and what it is, and now I’m trying to figure out how I can stay entangled in the game, but from a different position.

Johnny Manziel on why he likes the Fan Controlled Football League, via ESPN

The 29-year-old quarterback made it clear he isn’t thinking about an NFL return, confirming those days are behind him.

Manziel, the 2012 Heisman Trophy winner, was drafted by the Cleveland Browns with the 22nd pick in the 2014 NFL Draft. However, his NFL career lasted just two seasons before he bounced around the CFL in 2018 and later the Alliance of American Football league in 2019.

“For me, the FCF is been intriguing in that right because I don’t have to do it as a full-time job and it’s something different for me than it was in the past.”

Johnny Manziel to TMZ Sports on his opportunities with the FCF,

The FCF is expanding to eight teams for the upcoming season with multiple former and current NFL players part of ownership groups backing the league and different clubs.

With Manziel in a much better place mentally than during his playing days in the NFL, the upcoming FCF season should be an opportunity for him to simply have fun.