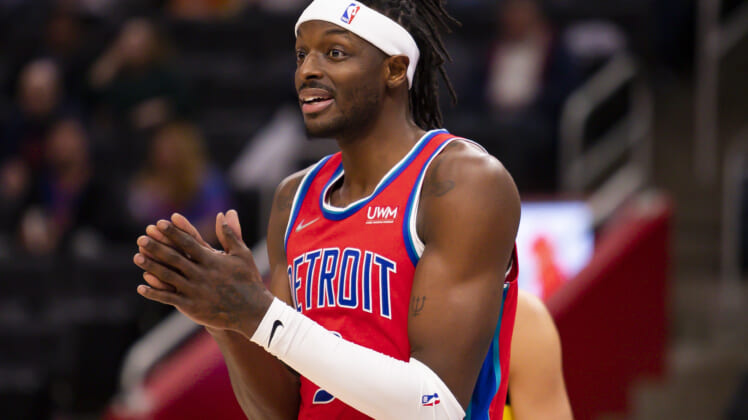 Detroit Pistons forward Jerami Grant will reportedly look to max out his value upon becoming a free agent after next season, and it could force the team to seriously consider trading him sooner than later.

Over six seasons in the league, and with four different teams, Jerami Grant built a solid reputation as a respectable rotation player and reliable bench contributor. However, in seasons seven and eight as a member of the Pistons, the 28-year-old has increased his market value in a major way.

While playing in Detroit, Grant has put up some of the best points, rebounds, and assists numbers of his career. He peaked with 22.3 points per game in 2020-2021 and followed that up by averaging 19.2 this season. However, despite playing in 54 or fewer games each of those seasons, the Syracuse alum is planning to get as much money as he can when his current contract ends after this season.

Jerami Grant reportedly has two teams interested in his services

On Tuesday, The Athletic reported that “Grant wants a deal in the ballpark of four years and $112 million, which is the highest a potential extension for him can reach. That’s, roughly, $28 million per year.” However, with the team rebuilding around 2022 rookie of the year candidate Cade Cunningham and having the fifth pick in June’s NBA Draft, that sort of money may not be a worthwhile investment for the organization in the long term.

While the Detroit Pistons may feel Grant is not worth that sort of annual investment, there are a couple of teams who see value in a long-term relationship with the skilled forward. In the same report that detailed the future unrestricted free agent’s likely asking price, the outlet also explained how both the Atlanta Hawks and Portland Trail Blazers could look to make a move for Grant in the near future. 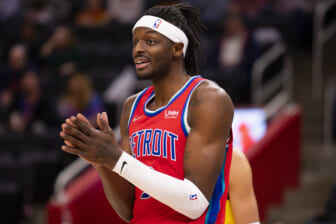 The Hawks allegedly had an interest in Grant during this season and the site claimed, “The Athletic believes that the interest still stands.” However, while the Hawks’ desire to acquire Grant is more speculation right now, the little rumor birds have claimed more recent rumblings from Portland.

“The Portland Trail Blazers have been the team linked most to Grant over the last few months and, per sources, remain among the most interested in acquiring Grant via trade,” the report said.

If Grant wants that sort of money in 2023-2024, having several suitors interested in his talent now is a good thing for him, and the Pistons as well.