Ja Morant vs Zion Williamson: 3 reasons why Morant is on a different level

The 2019 NBA Draft class has produced significant young talent that has started to take over the league. The top two picks, Zion Williamson and Ja Morant, are the most recognizable players from the class, but did the New Orleans Pelicans or Memphis Grizzlies score the best of the bunch?

Both players have emerged as leaders of their respective teams. Williamson, the top pick, has lived up to the hype for the Pelicans. Despite dealing with injuries over the past three seasons, he’s sustained a high level of play in his short career. He’s coming off a broken foot, which kept him out all of last season, but even with that, he’s been able to come back strong to lead the Pelicans to one of the best records in the Western Conference in ’22-’23.

On the flip side, Morant has been lights out since the start of his NBA career. The star guard for the Memphis Grizzlies won the Rookie of the Year award in the 2019-20 season and stole some of the focus away from Williamson with his gravity-defying dunks and play. In his fourth year in the NBA, Morant continues to surprise people with his talent.

These two players are incredible, but how do their careers match up? Ahead of their clash on New Year’s Eve, let’s compare the top two players from the 2019 NBA Draft.

The top two picks from 2019 have had their fair share of comparisons with each other. Both stars have been leaders for their squads, but Morant has been a better example of a winning leader. Since the star guard for the Grizzlies has actually led his team to the playoffs on two occasions already. It’s hard for Williamson to compete with Morant in this regard, as he hasn’t been able to stay healthy since his rookie year, and the Pelicans’ playoff hopes have suffered because of that.

Morant has more experience playing on a grander stage, while the 6-foot-7 forward is yet to make his playoff debut. It won’t be long until Zion shows up big for the Pelicans in this season’s playoffs, as they are favorites to make it to the conference finals next spring.

Zion Williamson lacks the credibility Morant has with fans

The Pelicans forward made his All-Star game debut quickly in his sophomore season. As the fan favorite, Williamson failed to make it into the starting lineup but was voted in by the coaches. He averaged 27.0 points, 7.2 rebounds, and 3.7 assists while shooting 61.1% from the field and 29.4% from beyond the arc.

Morant made his All-Star game debut last season and did so in spectacular fashion. He was part of the starting lineup after being voted by fans. In his third season, the Grizzlies made the postseason for the second time in the Morant era. His style of play has captured the attention of fans, making him one of the favorite stars of today. The former Murray State point guard averaged 27.4 points, 5.7 rebounds, and 6.7 assists to debut as a legitimate All-Star.

Ja Morant is a player that makes teammates better

Playing as a team is incredibly significant to success. It is one of the aspects that the Grizzlies have practiced with Morant in a lead role. And so far, he’s been a better teammate compared to Williamson.

Starting center, Steven Adams, has unlocked a new skill playing with the star point guard. with Memphis, he has transformed into a passing big man and really expanded his overall game. Adams is averaging three assists in his two seasons with the team and have been key in their impressive ball movement. Adams isn’t the only player to improve while playing alongside Morant.

Desmond Bane, the shooting guard drafted a year after the star, has turned into a very solid secondary scorer. He started his career as a catch-and-shoot player but slowly grew his shot-making abilities while shooting efficiently from beyond the arc. Bane is having an incredible season averaging 22.4 points, 4.5 rebounds, and 3.9 assists while shooting 43.4% from the field and 39.7% from deep. 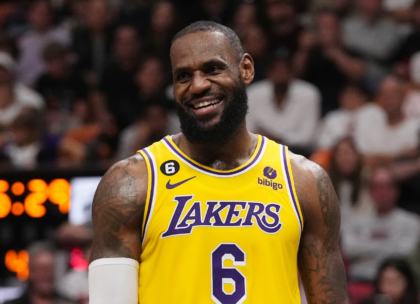 Also Read:
Lebron James wants you to know he is an NBA anomaly at 37: ‘I kind of surprise myself’

We still give credit for the improvement of Williamson’s teammates over the past seasons. However, the growth mostly happened during the forward’s absence.