Lebron James wants you to know he is an NBA anomaly at 37: ‘I kind of surprise myself’

Lebron James’ ability to play at a high level at an advanced age is so unique, that the future Hall-of-Famer — and soon-to-be 38-year-old — admitted on Wednesday that he even surprises himself at how good he still is.

There is no denying that Lebron James is one of the greatest players the NBA has ever seen. From the moment he entered the league as an 18-year-old, it was clear he was a special talent that had nearly unlimited potential. And over a 20-year career, “The King” has delivered on many of the hopes and expectations that NBA observers and fans had for him back in 2003.

However, beyond the countless All-Star honors, 10 NBA Finals appearances, and four championships, what has separated Lebron James from other legends of the league has been his ability to maintain an elite level of play for his entire time in the NBA.

While he is starting to incur more injuries than in years past, James is still competing at an abnormally elite level for a man closing in on forty and with 20 seasons and 266 playoff games worth of wear and tear on his body. It is so unusual that it seems James has even impressed himself with how good he still is as he approaches his 38th birthday on Thursday.

At a post-game press conference following the Los Angeles Lakers 112-98 loss to the Miami Heat on Wednesday, James went in depth about his distinguished career and explained that what he is still able to do at his age is pretty unusual in the NBA’s long and storied history.

“It doesn’t seem like many have played at this level for this many years, and this many miles and things on their resume. I guess I’m very humbled at the same time to play the game I love still at this level. [To] still be a focal point of opposing team’s [gameplan]. That’s something I pride myself on. Being that level of player every single night.” 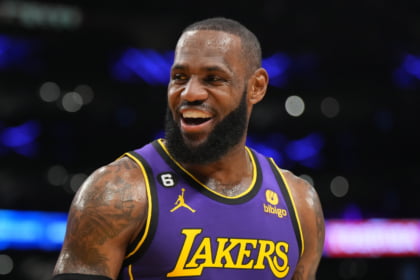 This season has been another sign of James’ growing fragility with him only playing in 27 of the Lakers’ 35 games this season. This comes after only playing in 56 games last season. Nevertheless, he averaged 30 points, eight rebounds, and six assists per game in ’21-’22, and is posting similar stats this season for the 14-21 Los Angeles Lakers.