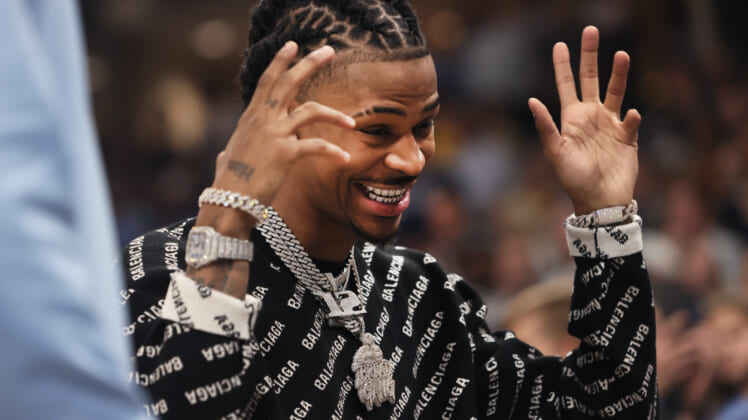 If you haven’t heard, it’s suddenly max contract day around the NBA. In all, there were five teams that handed out max deals to their superstar players. Ja Morant and the Memphis Grizzlies are just one of many.

Following their most successful season together to date, Morant has agreed to a five-year extension paying him $193 million, with a possibility for the deal to grow to $231 million in time if he reaches additional incentives and accomplishments, such as more All-NBA teams.

Ja Morant brings everything to the Memphis Grizzlies

There are few players in the game today that mean more to their current organization than Ja Morant means to the Memphis Grizzlies. Without him, they’re nowhere close to a playoff team, yet with him, they’re strong bets to be annual contenders for to win an NBA Championship.

We’ve seen him reach the playoffs twice in three seasons, make an All-Star team, and win Most Improved Player of the Year. Is there yet another tier that Morant can reach that we have yet to see?

It’s crazy to think about, but still just 22, we likely have yet to see Morant touch his ceiling. But if there’s anyone who can keep stretching past the limits, it’s the uber-athletic Morant.

If we’re being picky, now that he’s signed the richest deal the Grizzlies can offer, Morant could still improve some aspects of his game. Namely, his shooting ability. With that said, it’s certainly an area he can make strides in this offseason. This past year featured Morant finishing with career-highs in shooting percentages across the board, so who’s to say he won’t keep improving? If that happens? Sheesh, watch out for this future NBA MVP.